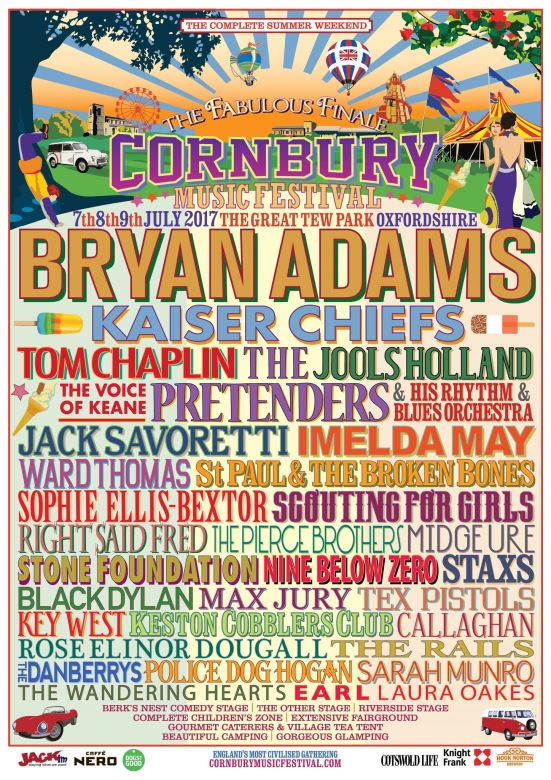 Organisers of Cornbury Festival have announced that next year's event will be their last. The 14th and final Festival will be staged at The Great Tew Park in Oxfordshire from Friday 7 July to Sunday 9 July 2017.  A fantastic all-star line-up of artists will gather for the Fabulous Finale.

At The Cornbury Music Festival there is something for everyone – an eclectic mix of music across 4 stages, the Berk’s Nest Comedy Emporium, a magical children’s area with a complete programme of workshops, gourmet festival caterers with a huge choice of culinary delights, great coffee and an emerging talent stage from our friends at Caffe Nero, an extensive range of arts and crafts stalls, roaming entertainers who never fail to stop you in your tracks, a fun-filled fairground, a relaxing therapy and massage zone, the fabulous Disco Shed for those who want to dance their socks off, an exclusive VIP area and beautiful campsites nestled in the estate’s rolling hills.

You and a friend can be in with a chance off winning a pair of tickets to this monumentous festival and historical finale show.