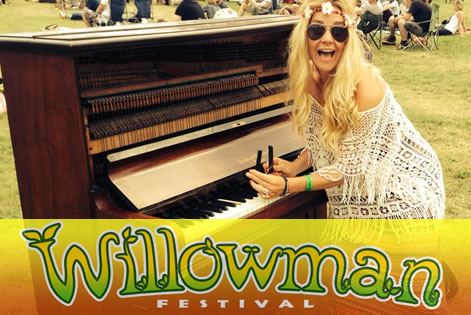 UK Festival Guides are proud to bring you this amazing comp and for you to be in with the chance of winning a pair of tickets to the renowned Willowman Festival.

Now in its sixth year, The Willowman Festival has gained a national reputation for offering a diverse line up of both new and established artists, while keeping ticket prices rock bottom.

Headlining this year will be Echo and the Bunnymen, Peter Hook and the Light.  These acts are certainly not to be missed and with the Bunnymen hopefully bringing us timeless classics such as "The Killing Moon", and "Nothing Lasts Forever" the crowd is sure to be stomping their feet.

This year Willowman Festival will also unveil its new expanded acoustic tent Acoustic performances will now take place in a large Bedouin-style Berber tent with an array of talent including guitar George Borowski.

As well as the acoustic shows the bigger tent will host a comedy bill and for the first time the grand final of the Amp Awards which showcases music talent from schools across Yorkshire.

There are 2 ways to win this fantastic prize - Either first register and click ENTER COMPETITION below or RETWEET the competition link on twitter @UKFG with #WILLOWMAN2015, it couldn't be easier.