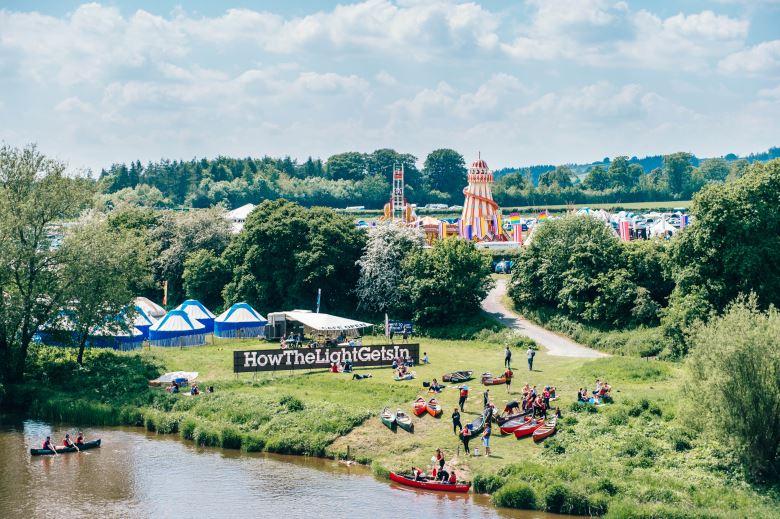 HowTheLightGetsIn, the world’s largest philosophy and music festival gathering Nobel Prize winners, politicians and comedians together with the hottest music performers, has today announced its full music programme for this year's festival, May 24th-27th 2019

HowThelightGetsIn's first headline act is double Mercury Prize and Brit Award nominee Anna Calvi, who burst onto the music scene in 2011 with her award-winning debut album. Anna Calvi's spectacular live performances, with her operatic voice and virtuoso guitar playing, have left audiences spellbound: hardly surprising that she has since collaborated with everyone from Noah and the Whale to Morrissey, along with art-rock legend Brian Eno who described Calvi as 'the best thing since Patti Smith.'
HTLGI’s 10th anniversary line up also includes unique indie outfit British Sea Power, who boast admirers from Lou Reed to David Bowie. British Sea Power have played everywhere from on top of the Great Wall of China to underground CERN atomic research labs, and their penchant for spectacular live locations takes them to the Wye Valley this May. It’s not surprising that the intensity and invention of the band’s shows have earned them Time Out magazine’s Live Band of the Year award.

Also headlining the festival is folk-rock hero, psychedelic troubadour and tutor to the Beatles Donovan, whose eclectic and genre-defying songwriting defined an era. He’s collaborated with everyone from Bob Dylan and the Rolling Stones’ Brian Jones, to Led Zeppelin’s Jimmy Page and super-producer Rick Rubin. Along the way, his poetic lyrics have earned him comparisons to Blake, Donne and Yeats, while George Harrison cited him as a key influence on The White Album. He has been inaugurated into the Rock & Roll Hall of Fame, received the Ivor Novello Award, and in 2018 was honoured with a BBC Lifetime Achievement Award for Folk Music

Advance tickets for the full weekend are available from £144. Full weekend camping tickets start from £164. All students and under 25s are eligible for a 30% discount.  For tickets and details please visit howthelightgetsin.org

For your chance to win tickets for you and a friend be sure to FOLLOW US and Enter via the Twitter link or by signing into our website.

Good luck and we hope to see you there