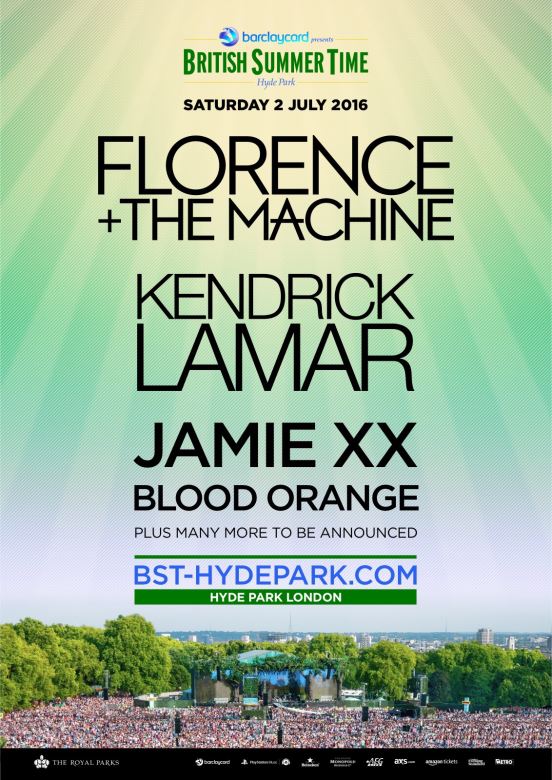 On the 2nd of July Florence + The Machine grace the stage in London's Hyde Park at this years Barclaycard Presents British Summer Time.

You could be there with 2 tickets to the festival up for grabs in this right here!

British Summer Time brings something to London like none other with a line-up including Mumfords and Sons, Florence + The Machine, Kendrick Lamar, Massive Attack, Carole King, Take That and many more acts spread across 1st - 10th July with of live music, alongside top comedy, film, fun and much more going on.

Tickets available here are for July 2nd with headlining act Florence + The Machine performing, supporting act kendrick Lamar is also on the bill with this being his only UK festival date this year! Confirmed in this video

Don't miss out on your chance to be there, enter now!