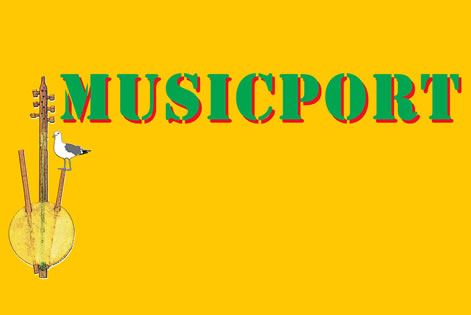 Established in 2000 to promote live music and music education in Whitby and the surrounding area, Musicport welcomes festival goers of all ages with it’s safe and indoor surroundings – guaranteeing a warm and wonderful festival, whatever the weather! Being held in the Pavilion at one of the UK’s most beautiful and charming seaside resorts of Whitby, North Yorkshire, with an abundance of quality places to eat, drink and stay, makes for a truly unique festival.

Musicport will also be hosting The Yorkshire Gig Guide Grassroots Awards on the Friday of the festival featuring several Yorkshire acts on the North Sea Stage.

Workshops, comedy and film programmes will be confirmed very soon.

“The festival has really changed my perspective on World Music; opening my eyes to the vast spectrum of musical acts the genre encompasses, and also how contemporary it has become. For a music festival that offers captivating music, exciting new cultural experiences… it looks like Musicport is the place to be”. Yorkshire Coast Gigs

For your chance to win a pair of full weekend tickets valued at £198, visit the website http://www.musicportfestival.com and answer the following question:

Who will headline this years Musicport Festival on the Sunday evening?