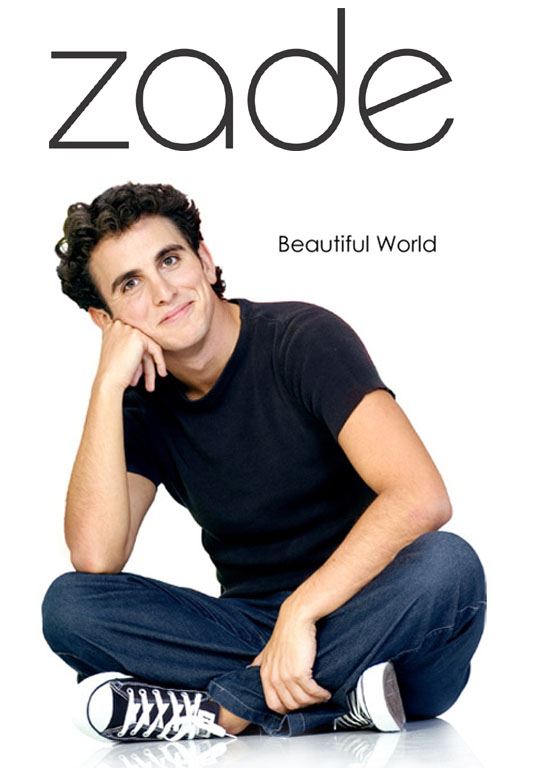 Zade Dirani (Arabic: زيد ديراني) is a Jordanian pianist and composer.
He has had great support from King Abdullah II of Jordan, Queen Rania, and Queen Noor. He has performed before Queen Elizabeth, Dalai Lama, Nelson Mandela, Laura Bush, and others.
He has released three CDs, which reflect his studies of each culture while attending the National Music Conservatory in Amman and the Berklee College of Music in Boston. Audiences throughout the Middle East, Europe, and the United States have attended his performances in different places.
In the wake of September 11, Zade began with much trepidation, a house concert tour across America playing in public places in an effort to create a better understanding of his culture in the West. Ever since, he has been performing an average of 200 nights a year.
After more than a year of planning and meeting with organizations all over the world, Zade launched an ambitious project in May of 2006 in Washington, DC under the patronage of Queen Noor of Jordan, and in partnership with Berklee College of Music and Seeds of Peace.
Titled “Roads to You : Celebration of One World,” Zade lead 40 musicians from 18 countries, in a project that showcased participants from war-torn regions coming together and working in an atmosphere of trust and team spirit. Musicians didn't only perform, but shared their talent and heritage with fellow tour members; participate in more than 100 cultural presentations at educational institutions and community/ civic functions in each city; with their host families and friends; and with their own families at home upon their return. Proceeds will support local charities and causes.
The concert tour featured compositions from Zade’s three recordings which include his latest CD, “Beautiful World” released May 2, inspired by his Middle Eastern heritage. His second CD, "Roads to You", was released in June of 2004 in the United States featuring Arabic and Latin influences performed by the City of Prague Philharmonic Orchestra and Choir. One of the cuts from the CD, titled “Kingdom of Peace,” was featured at the 2006 Winter Olympics as the Japanese Female Figure Skating Team competed to this song. That song, and the “Roads To You” CD is the collective effort of more than one hundred musicians from different parts of the world, and was recorded in Miami, Beirut, Prague, and Los Angeles. “Roads to You”, remained on the Billboard Charts more than 20 weeks. His debut CD, self-titled Zade, was released in April 2003.The album was produced by multi-platinum producer Will Ackerman, and founder of Windham Hill Records, and featured a host of guest musicians from the Middle East and the United States including Charlie Bisharat on Violin (Yanni, Shadow Fax), Chris Chaney on Bass (Alanis Morrissette, Jane’s Addiction), Gabriel Gordon on Electric Guitar (Natalie Merchant), and Imane Houmsey on Kanoon (Fairouz, Julia Butros). The album remained on the Billboard Charts for 13 weeks. The CD was supported with performances world wide, and an extensive “house tour” in the U.S.
In October of 2004, Zade was awarded the American Arab Anti-Discrimination Committee's Distinguished Achievements Award for his work that promotes global understanding through the arts. He has also received The Jordanian Ministry of Education Award for the Arts and The Arab-American Music, Art, and Literature (AMAL) Award. To continue cross-cultural understanding through the arts, Zade has launched a new foundation, "The Zade Foundation for International Peace and Understanding" aimed at helping young musicians share with the world a deeper understanding of their cultures by offering them a unique opportunity to expand their roles from musicians to proactive peace builders and future community leaders.