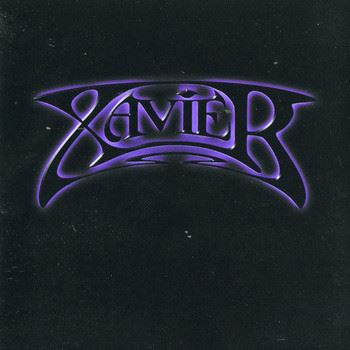 At least, four artists are known as Xavier:
1) A Melodic Hard Rock band from USA.
-Members:
Jason Webster - vocals, guitars
Tim Xavier Sears - lead guitars, backing vocals
Darren Todd - bass, backing vocals
Abe Guthrie - keyboards, synth bass, backing vocals
Jason McConnell - drums, percussion, backing vocals
-Discography:
"Xavier" 1987
"Full Circle" 2000
2) An early-80s eight-piece funk act (formerly known as Xavier and LUV), led by Ernest Smith (aka Ernest “Xavier” Smith - lead guitar / bass / lead vocals), Ayanna Little (lead vocals), Tim Williams (drums), Ralph Hunt (aka Ralph Hunt Jr. - bass), Jeffrey Mitchell (guitar), Lyburn Downing (percussion), Emonie Branch & Chuck Hughes (vocals). Smith began his career in the mid 1960s with a later incarnation of The Coasters, then joined Midnight Movers (Wilson Pickett's backing band) - later, contributed to records of Isaac Hayes & The Temptations. In the late 1970s, he relocated to Hartford, CT, USA & joined the Shades Of Direction, soon renaming the group Xavier and LUV (an acronym for Life's Universal Vibration). Their first single, Work That Sucker To Death (1981), was a smash crossover hit, featuring Smith's long-time friends Bootsy Collins & George Clinton. Their follow-up single, Do It To The Max, also charted & their LP, Point Of Pleasure (from which Love Is on the One, also, remains popular), was a near-miss on Billboard's top 100. Subsequent efforts fared less well & the group dissolved in the mid-80s.
3) A nu disco artist who's début single, Give Me The Night, was released 15 Aug 2005 (Ten Records). The track was produced by Scott Hoffman (aka Babydaddy of Scissor Sisters) & A Touch of Class. The song was, originally, part of a A Touch of Class EP (the NY label responsible for launching the Scissor Sisters & The Ones). It's an italo disco / synthpop cover, of George Benson's anthem, written by Rod Temperton (writer of many Michael Jackson hits: Thriller & Rock With you).
This 2nd 12" features two remixes by the ThePlastic Avengers , it has already seen support from trend-spotters Erol Alkan and Soulwax, now the record is set for crossover success this summer.
Contrary to his parents’ reports Xavier was immaculately conceived. Any resemblance he bears to them is purely coincidental. His incessant howling around the house, neighbourhood mini-concerts from his bedroom window, and impromptu performances for houseguests prompted his mother to arrange an audition with the Boys Choir of Harlem. Not only did he get in, but within his first year he was touring with the group as a featured soloist at the age of 11. During his seven-year stint with the group he got to sing alongside notable performers like Paul McCartney, Quincy Jones, Whitney Houston and his hero Stevie Wonder.
While studying at Columbia University, Xavier managed to make a name for himself singing in New York’s downtown club scene, between socializing and not doing his coursework. In fact, he won one contest so many times, he was asked not to return.
4) An R&B artist based out of Boston, MA. His debut EP was released for free on Symbols Recordings (https://soundcloud.com/symbolsrecordings/sets/xavier-hearts-daggers-ep-1/).
www.facebook.com/xtothe
www.twitter.com/xtheboy