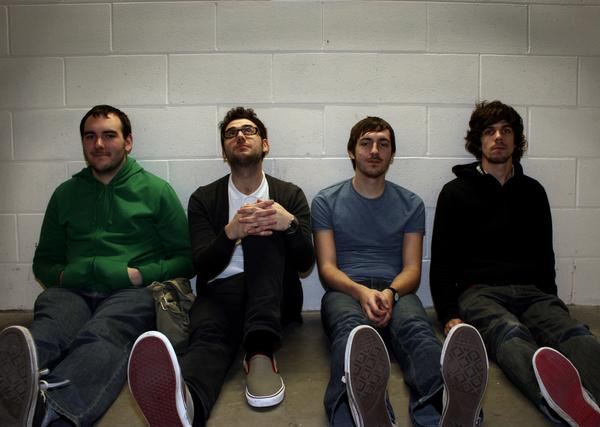 With a name originating from a track on the 1976 Genesis album ‘Wind & Wuthering’, the four piece band take cues from progressive pop and rock from then and now – but firmly rooted in the latter.

The band is known for their technical performances, taking the audience on an unpredictable and energetic journey. A focal point of the bands style is their highly complex song structures, bizarre time signatures and Haigh’s distinctive vocals. The band have shared stages with the likes of Tubelord, Tera Melos, Cursive and The Get Up Kids as well as various festivals around the UK including slots at Reading and Leeds festival.

Confident in their style the band have already fully formed in the short period of time since their inception in 2009, they are prepared to develop an idea into any number of veins, unrestricted by conventional constraints. Naturally, this always had to be in keeping with their progressive writing style, reflected well in the series of EP’s the band have released such as their self-titled debut ‘Wot Gorilla?’, ‘New Arrival’ and the single ‘is’, all lauded with critical response.

The band has taken a more technical, fuller sound for their debut album ‘Kebnekaise’ with song-writing that has taken on an unmistakably powerful approach. Lead track ‘Snow White’ (along with accompanying music video) at the helm has been captured flawlessly by producer James Kenosha (Pulled Apart By Horses, Marmozets, Lone Wolf).

The band is made up of singer/guitarist Mat Haigh, Jonny Hey on bass/backing vocals, Ben Farnell on guitar and Si Marks on drums.

Here's some nice things people have said about us:

"...very, very listenable, as their song-writing approach isn't so scatter-gun that you have to listen each song ten times before you start to get a handle on the hooks and structure, but nevertheless there's plenty of dense, intricate passages to slate your melodic math-rock thirst." Danny Wadeson, The Line of Best Fit

"An EP that brings an innovative sound and fresh vigour, people won't be asking Wot Gorilla? for long, they'll soon know who they are." The 405

"As an EP, this hits all the right notes and we firmly believe that Wot Gorilla? is the sort of band that will only get even better" Rory Carroll, Artrocker

"They might not be entirely original in their math-rock stylings, but Wot Gorilla? have entered a scene and mastered a genre better than most other bands bandying about twiddly math-rock at the moment. The improvement from their debut EP to this one suggests that the band can only get better with time." One Beat

"Wot Gorilla? seamlessly mix the unashamed technical flare of Fall of Troy with the accessible math (honestly, not an oxymoron) of Minus the Bear. Considering that this was apparently their first show, their tight performance is very impressive indeed. Ones to watch" Kyle Rice

"This record is self released, imbibed with enough confidence to stand tall without swallowing itself within the music. I highly recommend this, a great first outing from a group that I hope continues to impress me with their delicious brand of post hardcore-come-indie rock" Joshua Turner, Leedsmusicscene.net

"Wot Gorilla? then blow things apart with Fear Of Flying. The sampler's strongest track, the manically mathy jaunt fires off some serious guitar acrobatics as the Halifax band twist and turn in a manner reminiscent of one of the UK undergrounds best loved bands, Meet Me In St. Louis. If Wot Gorilla? carry on like this, they will rise to the same heights and this song is worth the asking price alone." Rob Evans, Huddersfield Student