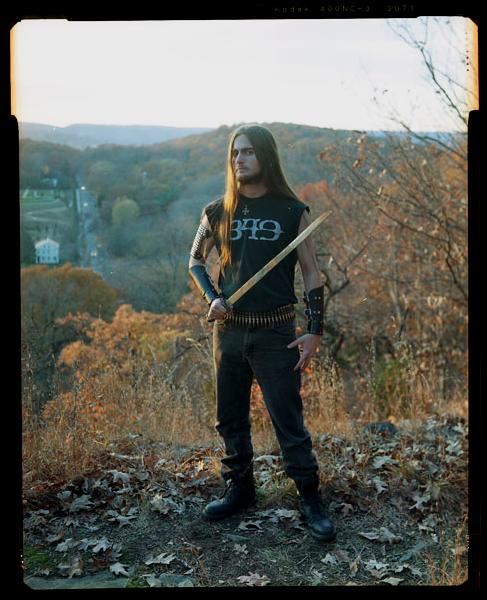 There are multiple artists called Wanderlust:
1. An Australian six piece jazz group.
2. An alternative group from Philadelphia & Pennsylvania
3. A rock band from London
4. A Georgian electronic music DJ and producer
5. A Synth-pop/New Wave/Electronic band from Shanghai
6. A punk band from Amsterdam. Ex members of Sick Mormons.
7. An Atmospheric Epic Black Metal band from Laja, Chile.
8. The solo black metal project of Der Pestarzt from Chicago, Illinois.
Biographies listed below:
1. The first to use this name, Australian Group WANDERLUST are a six piece jazz group who explore the edges of the meaning of jazz. Influenced by Brazillian and West Aftrican music, the members are some of the most highly regarded Australian jazz players. Led by trumpeter, Miroslav Bukovsky, they have released 4 cds to date. Their self titled cd won an ARIA award for best jazz release. The group formed in 1991 and continue to this day. Their latest release is Full Bronte- a reference to a Sydney beachside suburb where the group would congregate at a local cafe.
2. The second was a four-piece alternative group from Philadelphia & Pennsylvania that formed in 1993 and disbanded in 1998. They released 2 albums ("Prize" & "Song and Dance") plus a collection of rarities and live tracks called "Wanderlust." Scot Sax, the band's frontman, went on to form Bachelor Number One, and then eventually release a solo album. In 2012 the band decided to reunite. Wanderlust got back together in Philadelphia and recorded an in studio live album with producer Barrie Maguire. The album is titled 'Record Time' and features the lead single 'Lou Reed'. 'Record Time' will be released on September 25, 2012 on Zip Records/Sony.
3. The third group to use the name Wanderlust are an up-and-coming 4-piece band from London, who specialise in soaring melodic rock and create a spectacular live experience. Jack, Richie, Tae and Joss come from all corners of the globe, Sunbury-on-Thames, deepest Yorkshire, darkest Essex, and South Korea. Influences include The Beach Boys, Bob Dylan, Sting, Led Zeppelin, Rush and U2, and the music as a whole is a blend of sharp rhythms, thumping basslines, colourful guitar, blended harmonies and an era-defining lead vocal. Recently back from a support slot with Marillion, Wanderlust are ready to take on the world...
Jack Hardy is the frontman, the songsmith, the keyboards and the demi-pirate style musketeer who has a fine line in leather jackets and history of playing gigs with injuries and physical setbacks, a broken rib, a slashed foot and a trapped nerve, to name but a few. The show must go on, eh? His heroes are Brian Wilson and Michael Jackson (musically – don’t worry, kids…) and his favourite film is The Terminator.
Richie Quarterman is the guitar-wielding, Yorkshire-bred womble look-alike who is never happier than in a good old pub with a nice pint and a good football game. Loves Bob Dylan, Bruce Springsteen, Bic Runga and all things Eastern, writes the occasional protest song and is currently pioneering a new hairstyle, "The Thatch". Think Worzel Gummage. His weapon of choice is a deep blue US Telecaster.
Tae-Hyen Kim is the Bassman, the grooverider, the warrior of the low notes. His 1978 Fender Jazz is actually older (and heavier) than he is, he churns out funky, Led Zeppelin-inspired basslines and is somewhat of a musical genius, being equally at home on the guitar, bass, drums, piano or on vocal duties. He also played at the World Cup opening ceremony in Korea in 2002. Bastard.
Joss is the rhythm man, the human beat machine whose style is somewhere between Neil Peart and Keith Moon. He does a bloody good impression of just about anything, has an overly-impressive drum kit and a mysterious background, although he played a lot of very heavy metal at some point… He’s also a spiritual man, often found meditating with Tai chi in front of his favourite film, Back Door Babes Volume 2.
4. The forth artist to use the name Wanderlust is a Georgian electronic music DJ and producer working under the name Wanderust. Best known for his singles "Meiyo" and "Starscream" both released back in 2006.
5. The fifth group titled Wanderlust is Synth-pop/New Wave/Electronic band from Shanghai. (for example: Green Orchestra Party Album from 2011)
6. The sixth group is a Dutch punk band featuring ex-members of Sick Mormons. A 4-song 7" was released on Gummopunx in late 2011.
7. Little is known about this project. The "To Those Fallen in War" EP was released in only 36 cassette copies. The sole member, Draugang, also played in Dunedain and Obscuro Austral.
8. Formed around 2010 in New Haven, Connecticut by Der Pestarzt, the band is now stationed in Chicago, Illinois. To date the band has released three EPs, one demo and one full-length titled, 'Monolithes entre ruines.'