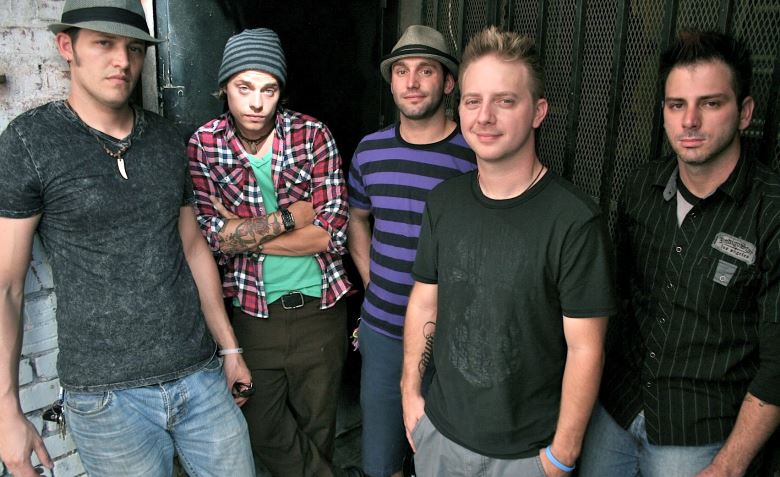 Trenchtown is a five-piece punk rock band, formed in the fall of 1996 in Detroit, Michigan by guitarist/vocalist Mike Nichols, drummer Mike Burlett, and bassist/vocalist Eric Wagler. Friends since grammar school, the trio released their first full-length record, "Mary-Go-Round" under the band name Maryz Eyez, while freshmen at Western Michigan University in 1999. The trio went on to play extensively throughout the West Michigan music scene. In 2002 Ryan Wagler, brother to Eric and cousin to Nichols, joined as rhythm guitarist and vocalist. Ryan Wagler purchased his guitar and amplifier on the way to his first show with the band. As a quartet, the band traveled to Charlotte, North Carolina to record 2004's full-length "For All The Haters" with Jamie Hoover of Hooverama Studios (R.E.M., The Spongetones, Hootie and the Blowfish). In 2007, the band again traveled south to record their follow-up "Memento Mori" with Hoover. In 2008, the band uprooted and transplanted to Hermosa Beach, California. [1][2] Finally in a beach town that fit the sound, and adding long-time high school pal Greg Bo on lead guitar, the band took on the moniker Trenchtown.
The band, known for combining the elements of punk, rock, reggae, metal and pop to obtain their sound, have released three full-length records and a new EP to date. Most recently, the self-titled EP, "Trenchtown", engineered and co-produced by Biohazard guitarist Billy Graziadei, has received high acclaim and credibility in underground punk rock circles from music lovers and musicians alike. [3]
The band has been part of the Van's Warped Tour twice, and has placed two Top Five songs on XM Radio Unsigned Channel [4]. At a recent show in Long Beach, California, Trenchtown opened for punk rock greats Unwritten Law and Death By Stereo. [5] Other popular artists Trenchtown have shared the stage with include Seether, the Dead Kennedys, The Plain White T's, Lucky Boys Confusion, Sponge, Seven Mary Three, Cracker, Authority Zero, The Matches, Local H, and ska greats Mustard Plug, to name a few.
With the release of their self-titled EP in 2010, Trenchtown has also secured a sponsorship deal with Best Buy endorsing the band as a "Best Buy Band”.