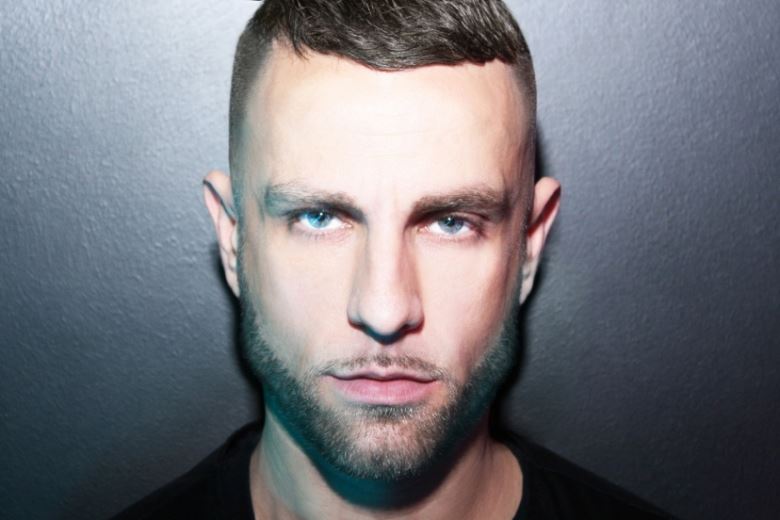 Tom himself may be shy but his transatlantic, twisted sound is anything but! His inimitable, seamless blend of deep tribal, jerky rhythms and electronic bleeps creates a sound that is now recognized as Superchumbo.
Tom became enamoured with music at a very young age, through a combination of his own intrigue, and the influence of his father, a musician. He moved from upstate New York to London in 1991 to study at the London International Film School, but quickly became more interested in making the music for the films than the actual pictures themselves.
It was on a trip home when a good friend of his took him out to the legendary Sound Factory, where he was seduced by the dirty sounds of Junior Vasquez. “I had never heard music like this before - sounds like DJ Pierre, Cajmere, X Press 2- it was all new to me and I fell in love instantly”.
His frequent trips to Sound Factory inspired Tom to learn the art of mixing, and try to recreate that sound in London. Tom’s own dj career kickstarted after warming up for Danny Tenaglia at Ministry of Sound. “They finally needed a DJ who played that “dark New York stuff” so Wayne, the promoter, asked me to do the warm up set. I cannot tell you how nervous I was!”.
Things really picked up from there with residencies at Substation and Crash, a gay club in Vauxhall reminiscent of the best New York's meat packing district had to offer. It was also there where Danny Newman, promoter of London's highly acclaimed club, Turnmills, was passed a copy of one of Tom's DJ mixes resulting in a new residency for the backroom straight away! This grew so big that Danny offered him his own night, and so hatched Roach, the infamous London night that ran every last Saturday of the month until Jan 2003.
Now Tom is one of the hardest working dj’s in the industry flying all over the world to wow crowds with his music. Playing clubs the length and breadth of the world, he juggles his DJ commitments with his production and remix work while heading up his newly established label ChumboMundo.
Both under his own name and under his Superchumbo moniker (Portuguese for “super- leaded”) he keeps scoring hit after hit filling up record boxes of every self-respecting dj in the industry. Tracks like ‘Irresistible’, ‘This Beat Is’, ‘Dirtyfilthy’ and his latest ‘Here I Come’ have all topped various charts. ‘The Revolution’ was declared Track of the Year by Pete Tong in 2001 and still counts as a classic. Furthermore he has worked his remix magic on both crossover and underground artists alike. Missy Elliot, Eric Morillo, Goldfrapp, Roger Sanchez, Kylie, Danny Tenaglia and Peace Division ( to name but a few) have all received the Superchumbo treatment at one point in time or another.
Over the years his various Mix compilations allowed Tom to showcase his distinct sound and were received extremely well by clubbers. His last one – a joint project with Roger Sanchez as part of the Afterdark series on Stealth Records – which was released in the fall of 2005 and is still selling substantial numbers was an absolute smash.
Despite the endless list of artists wanting a piece of the Superchumbo magic, original material is still Tom’s priority and 2005 saw the release of his debut artist album “Wowie Zowie”. Having released a string of Superchumbo singles, the last 3 reaching number one in the US Billboard Dance charts, Tom felt it was time for something new. “I wanted to expand on the Superchumbo sound and I felt that a full length album was the way to do that.” Wowie Zowie is the result of 2 years of production and features guests including Celeda, Neil Tennant, and Samantha Fox. What else do you expect from a man who says the two most played tracks on his iPod are “The Look of Love” by Dusty Springfield and “Stainless Steel Providers” by the Revolting Cocks!
The latest chapter in Tom’s recording career is the establishment of his own record label ChumboMundo. It launched in February 2005, and the first 3 releases have been receiving support from the likes of Pete Tong, Danny Tenaglia, Junior Vasquez, Deep Dish and Erick Morillo. “ChumboMundo was set up to feed the leadheads around the world with the freshest Chumbo beats. It will be home of Superchumbo productions of course, but I will also be collaborating with like-minded leadheads such as Toru S from Tokyo, Kamisshake from London, Italian superstar DJ Ralf, and the legendary king of acid house DJ Pierre!”