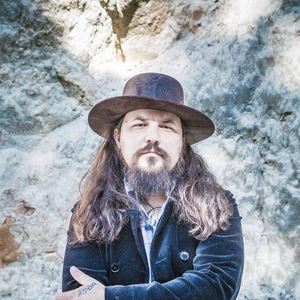 Thomas Wynn & The Believers is an American six-piece band from Orlando, Florida.
"Southern Rock Muscle" Voted #1 Best Rock Band three years running by Orlando Weekly 2009, 2010, and 2011 and the Tampa Tribune named them one of the Top 5 Bands to Watch in 2011. TW&TB was also just voted BEST LIVE ACT, garnering an OMNi for 2011 . . .
The band is touted as "Southern Rock Muscle" by The Orlando Sentinel and repeatedly reviewed as UNBELIEVABLE live!! Whether in an intimate setting or on a massive festival stage, TW&TB infectiously impacts every listener.
Sibling-led Thomas Wynn & The Believers, a sextet Gibson-sponsored band from Orlando, Florida, personifies a new era that crosses generations with love, heartbreak, and love again with just really, really, really good music. Pieces of Dylan, The Band, Petty, and Young, and a bit of Jennings, Redding, and CCR seep through The Believers' makeup.
From the beginnings of The Wynn Brothers Band (2005-2008) to its offspring TW&TB, Thomas Wynn has found a way of crafting a new vein of rock -- gritty, yet pure uplifting Soul Rock -- a mixture of the classics, R&B and gospel, creating a sound that's beginning to take on an identity of its own.

In the 1970s, Thomas and Olivia's father, Tom Wynn, was the original drummer of Cowboy, one of Capricorn Studio's (Allman Brothers) legendary bands. His influence, as well as their faith, partly expressed through leading worship ministries at church, undoubtedly shaped their songwriting and musical interests. Their deeply rooted upbringing certainly laid the foundation for what the Wynns bring to The Believers' sound.

Thomas' passionate lyrics and emotional delivery, coupled with his sister's soulful, yet haunting harmonies, backed by a tight, fiery band that plays hard-charging blistering rock, has built the reputation for don't-miss powerful, explosive LIVE performances, rockin' the stages of many festivals and venues alike, and developing an incredible fan-base loyalty wherever and whenever they play. TW&TB has toured the South and Northeast . . .ready to expand their borders! Recently, Wynn and songbird sister Olivia have also been touring as the duo, billed as "Sibling Sessions," an unplugged version of their band's brawny, relentlessly energetic, heartfelt take on Southern-flavored modern R&B-fused soul, led by their powerful vocal harmonies and undeniable musicianship.

TW&TB is a combination of blistering rock and southern soul. This tight, fiery ensemble has been playing the Orlando original music circuit for the last three years and have quickly garnered local celebrity press status and fan buzz. Thomas’ spirit-moving vocals are uniquely supported by sister Olivia's engaging and captivating voice and presence. Olivia and Thomas stand side by side on stage. Her strong vocal harmonies and response makes the perfect companion to his yearning banshee cries.
Their debut album The Reason (2009) is a well-crafted studio sampling of Wynn's many tunes, but the band's choice to self-produce their sophomoric album Brothers and Sisters, now slated for an early 2012 release, is stirring high-fevered anticipation for a truer representation of the emotion and intensity experienced in their live performances. Kickstarter Campaign through Dec 12, 2011 -> http://kck.st/qQFEFH
www.thrustmagazine.org (June 2011 pgs22-24)
http://www.georgedougherty.com/downloads/TWTB_trailer_080311.zip
STUDIO: I Don't Regret (full band)
http://www.youtube.com/watch?v=Xo4ZGwWb-5Q&feature=rela