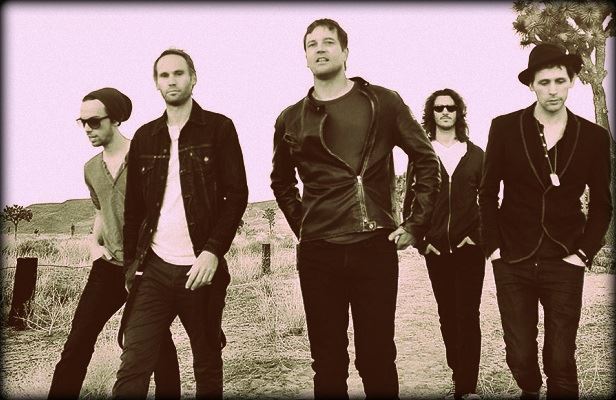 Third Eye Blind is a rock band formed in the mid 1990s in San Francisco, California. The original members were Stephan Jenkins (singer, songwriter, electric guitar), Kevin Cadogan (guitar), Adrian Burley (drums), and Jason Slater (bass guitar). The band's original line-up changed several times before the release of the group's debut album, and again shortly after the release of the band's second album Blue — at which point the band's main guitarist Kevin Cadogan was released from the band under circumstances that still elicit controversy among fans. Third Eye Blind's current line-up is Stephan Jenkins (vocals, electric guitar), Abe Millett (bass guitar), Brad Hargreaves (drums), and Kryz Reid (electric guitar). More recently, bassist Arion Salazar has not been playing with the band, and his future as part of the quartet is unclear. Leo Kremer has been filling in for Salazar during concerts, but it is not yet known if he will become a full-time member. For a time the band also featured ex-Smash Mouth drummer Michael Urbano and early Primus drummer Tim ''Curveball'' Wright.
Third Eye Blind recorded their first demo in 1993. In 1996, the band landed an opening gig for Oasis, prior to which performance, so the legend goes, Third Eye Blind was warned that the crowd might throw food at them. As it turned out, however, they were invited out for an encore, even after Oasis had already played, bringing Liam Gallagher to tears and sparking the friendly rivalry that would form between the two bands. The band was paid double what they were promised for the gig. Afterwards, the band found themselves in a bidding war among record labels, in which they settled on Elektra because they believed it offered the most artistic freedom. Stephan Jenkins' outspoken behavior after signing the deal earned him the title of "the biggest mouth in music" by many critics. Jenkins has spoken out many times against several different artists, including a heated feud with Rob Thomas of the band Matchbox Twenty.
A fourth album, tentatively titled Ursa Major, was released August 2009. Shortly after the band has slated the release of a follow-up album, Ursa Minor. Only Jenkins' lyrics and vocals are left to be finished; all instrumental work is reportedly complete. Recent live performances have revealed a majority of the new tracks being worked on, including "Don't Believe a Word," "Lay Back (and the Water Will Hold You)," "In the Skin," "Summer Town," "Second Born," "(You Really) Don't Like Me Now" aka "Campfire," "Monotov's Private Opera," "Break Me," "Stevie Ray Vaughan," "Red Star," and "Standing Up For You." Other tracks mentioned for the album by Fredianelli are "Away," "A Sharp Knife," "Captain of Emo," "Swimming," and "Jesse 2k." He also confirmed that "Lay Back" was scrapped. A number of previously unreleased recordings were made available, including "Persephone," "Carnival Barker" (an instrumental), and numerous instrumental sessions declined by Jenkins for inclusion on the fourth album.