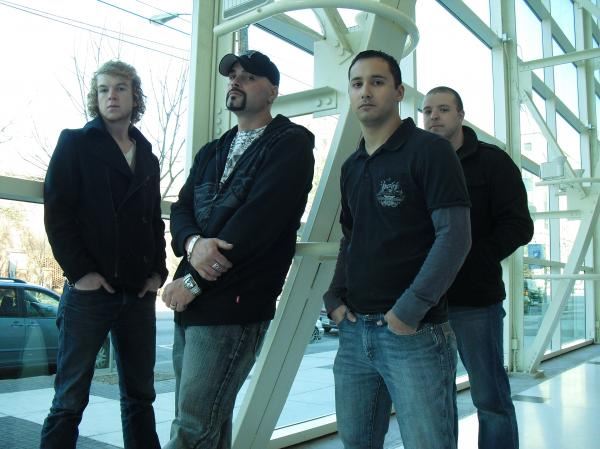 Driven by a desire to create the kind of noise people simply have to stand up and hear, the most exciting- not to mention anthemic- rock act to emerge from South Wales in decades are finally ready to reveal their inaugural long player. And not a moment too soon.
Inspired by the political, message-heavy words of fellow countrymen Manic Street Preachers, the instrumentation of Idlewild, and the penchant for melodic pop sensibilities evident in the likes of Mansun and Peace, The Undivided make music that’s impossible to ignore. Soaring guitar chords launch from atop punishing riffs, shuddering basslines carry the rhythms forward, and sledgehammer drumbeats underpin this combination of harmony and electricity.
Hailing from the South Wales Valleys, the three-piece (comprising lead guitarist and singer Joe Disson, percussive maestro Rhyd Mason and guitarist Lew Bray) formed circa 2010, born from the ashes of previous aural endeavours and built on the back of long-standing friendships. A successful meeting of minds, a period of incessant and relentless gigging followed, which saw them perform dates across the UK- including support slots for Ash and The Xcerts- with praise coming from Kerrang!, Rock Sound, NME and XFM, to name but a few.
Before long the trio found themselves hauled up at a cottage in rural west Wales, rehearsing and writing a good chunk of the new LP safe in the knowledge there was no phone line, no mobile signal, no broadband, and nobody to complain about their 1AM jam sessions. Evidently something went right, with the Romesh Dodangoda-produced album (Kids In Glass Houses, Funeral For A Friend), This New Day, proof of that. Garnering support from the Welsh Arts Council (which gave funding for the production), BBC Radio1 Introducing, Nation Radio, Team Rock Radio and Big Cheese, the hype is almost as big as the main-room filling tunes on the record. Thankfully, though, in this case it’s deserving, with The Undivided set to fulfil their ambition of breaking with the norm to deliver truly poignant, meaningful and moving songs through expert musicianship and devastatingly honest lyricism.
The Band Consist Of: -
Joe Disson - Guitar/Vocals
Lewis Bray – Guitar/Vocals
Craig Prosser – Bass/Vocals
Rhydian Mason – Drums
Listen to more at www.theundivided.co.uk
Here's what others have said about them: -
“The Undivided have a knack for writing anthemic songs as big as the mountains that overshadow their hometown of Abergavenny” Kerrang Magazine
“The Undivided, delivering an onslaught of post-hardcore goodness” Rock Sound Magazine
“With the bands melodic anthems the future is looking bright for The Undivided” Big Cheese Magazine
“Don’t Panic. The Undivided are here to Save us!!” Plugged In Magazine
“Wingman guitarist Bray does a fine line in stadium trashing intros, and numbers like ‘Open Your Eyes’ and ‘Panic’ are immediately mesmerising. Singer Joe comes alive on these numbers too, as if he knows Bray’s scorching intros, a collision of U2, early Simple Minds, and SLF, are something to follow and indeed match.” AP Childs – Artrocker.TV
"They played with verocity and passion and nothing else. They were simply there, fighting their asses off for audience attention which they got and was well deserved. These guys need to keep working hard, get good, honest productions under their belt and you will be hearing a lot from them in the future". Altsounds 2010
"If Biffy Clyro are this decade's most innovative hardcore-pop combo, then The Undivided are their wide eyed, sledgehammer-hook wielding younger siblings, all skyscraper choruses and savvy, bruising power-pop arrangements. Vocalist Joe Disson is a songwriter of some high esteem, and tracks such as the explosive S.O.S – which recalls a prime time My Vitriol – could, if there is any justice in the world - see their name in MTV2 lights." Surface Unsigned 09