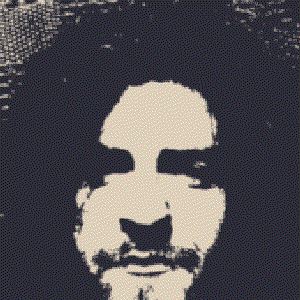 There are at least four bands operating under the name 'The Switch' and not to be confused with Le Switch nor with Switch. And a Prague, Czech Republic based band is called the.switch or here on Myspace.
One is from NYC, one from Pittsburgh in the USA, the other from the Channel Island of Jersey, UK. The description below depicts the band from Pittsburgh. The female-fronted electronic pop The Switch that resides in New York City can be found on Myspace here.
"Hailing from a small suburb of Pittsburgh, PA, this POWER POP experience has rocked the hearts of thousands in its five (5) year existence. Emerging with a unique style that has been kid tested and mother approved", yet still speaking the universal language of rock, they have broken stereotypical barriers with 3-part harmony and driving compositions.
The Switch independently released their first full length album titled General Nuisance" in August 2001, with another independent full length titled, The Great Soda Punk Addiction" releasing in 2003 that received great reviews from local critics. The Switchs newest project, The Make It Count EP" was released on February 18, 2005 to a SOLD OUT crowd and pre-sold over 1,500 copies. The Make It Count EP" went on to independently sell over 6,000 copies in the first few months of its release.
The Switch is no stranger to life on the road. 2005 saw them playing well over 180 shows, and embarking on several national tours, including past tours with Mono vs. Stereo recording artist Last Tuesday and Tooth and Nail recording artist The Fold. The Switch has also had the opportunity to share the stage with such artists as: Dashboard Confessional, The RX Bandits, Houston Calls, Punchline, Blindside, Project 86, Thousand Foot Krutch, Everlife, Pillar, Superchi[k], Sanctus Real, Hawk Nelson, FM Static, Stellar Kart, Skillet, Pax217,Kids In The Way,The Swift, Roper, Ace Troubleshooter and many more.
With determination, ambition, and an unmatched work ethic, The Switch is in forward motion, winning over the world one set of headphones at a time! Stay Tuned, The Switch will be taking over a city near you before you know it!"
--from The Switch's myspace page!