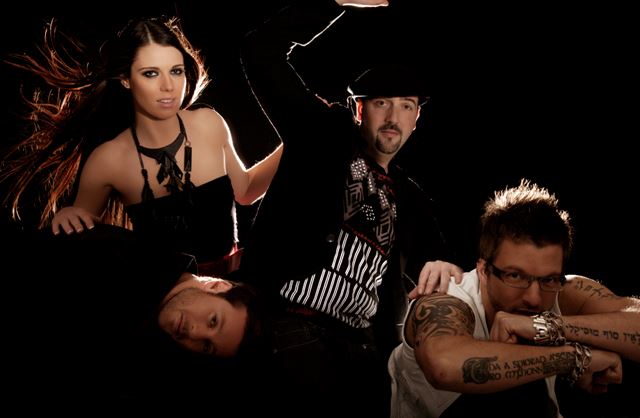 "The fastest rising stars of the dance scene" – Tim Duggan (Rolling Stone)
When freakish talent is mixed with fate, there’s no telling what can happen. Dishing up breathtaking DJ sets over 6 dex, touring the world and producing the duuuurtiest damn house music your ears have ever heard, the Potbelleez have a sixth sense for what makes the dancefloor swoon.
Many would say it was destiny. Dave Goode and Jonny Sonic – both Irishmen looking for a new start in the Antipodes – left their homeland in 2001/2 respectively. Jonny left to escape the restraints of Dublin, whilst Dave responded to the call from dance luminary Pete Tong who proclaimed that the Australian dance scene was “going off”. Both we’re looking to make things happen for themselves, but could never have predicted the impact they’d have.
Perhaps it was etched in stone from an early age. A tradition amongst Irish households, both youngsters were immersed in music throughout their childhood. Jonny embraced everything from hip hop, house, funk and rock from an early age, revelling in the talents of Michael Jackson, NWA and Chaka Khan. Whilst Dave fell under the spell of music as a 13 year old, when his brother gave him a mixtape of hardcore legend DJ Slipmatt – it was then the lad knew he was destined to devote his life to music. A die-hard buff of all things drum ‘n’ bass and breakbeat hardcore throughout the 90s, Dave eventually grew tired of the rough stuff and fell in love with the feel-good vibe of house music.
Fast forward to the early naughties to Sydney’s Darling Harbour; a packed house of revellers climbing the walls in a rapturous frenzy; people hanging off the stairs; the dancefloor moving with intoxicated pleasure. The pair had only met a few days prior, but had instantaneously found their groove when Dave invited Jonny to drop a few tunes with him on that auspicious night. The Potbelleez were born, even if they didn’t know it yet.
Now two peas in a dance music pod, Dave and Jonny wasted little time in establishing their name throughout Sydney’s house scene. Tackling the difficult task of event promotion with the same gusto they throw at their electrifying DJ sets, the pair ran the infamous ‘Beats on and off Shore’ boat and beach parties from 2002 to 2004, with the debaucherous shindigs seeing hundreds of revellers entranced by The Potbelleez’s magic.
With their momentum showing no signs of slowing down, 2004 was a pivotal year for The Potbelleez. As well as playing their debut gig at Sydney’s massive superclub, Home, and dishing up the sonic filth at the Queensland’s Magnetic Island Full Moon Party alongside Endorphin, house kings Groove Armada hit town and forever changed things for the talented duo. With Dave and Jonny’s ‘Beats…’ parties becoming the thing of legends, the Potbelleez pair was contacted to host GA’s launch party for their new imprint Ragbull Records. In just 4 days the pair utilised their strong army of supporters to sell an astonishing 678 tickets to the gig and rip it up alongside Tom and Andy in a legendary event that’s still talked about to this day. Using the proceeds to set up a production studio, The Potbelleez fate was sealed.
The pair’s Djing schedule immediately began to swell, with their selection to tour the globe as part of the ‘Jim Beam Mix it up Tour’ in 2005. Throughout the course of the 4 month tour, the duo got down ‘n’ dirty in Shanghai, dished up sonic mischief in London, blew the roof off in Romania and got butts wiggling in Limerick (Ireland) and Moscow. Gigs at England’s behemoth Global Gathering Festival (alongside Sasha & Digweed) and Godskitchen also followed.
Early remixing work quickly dropped in the pairs lap, dishing up blazin’ re-rubs of Endorphin’s and Love Tattoo before completing their self-titled debut EP featuring the dancefloor destroying ‘Junkyard’ and ‘Duuurty Dreemz’. The tracks became the unofficial soundtrack to Channel 10’s ‘Big Brother up late’ show, as well as featuring on TV shows such as Crunch, Ralph Swimwear Model, Miss Indy Car and Australia’s Top Model. Having also made a massive impact with local club DJs, both tracks appearing in the ARIA club charts, with ‘Junkyard’ in particular soaring up to no.2. With their white-hot form showing no signs of slowing down, they were an obvious choice for local kingpin label Vicious, with the pair’s ‘The Junkyard’ EP due for release on April 28th 2007.
A force to be reckoned with in both the Djing and production world’s, the pair’s breathtaking skills over four CDJs, two Technics, two mixers and two FX units have seen them grow a legion of fans, resulting in a no.48 placing on Inthemix’s 2006 Top 50 list. Currently the pair regularly rip the roof off OneLove in Melbourne and Adelaide, Brisbane’s Family and played a massive sellout gig at this year’s Good Vibrations festival in Sydney.
The pair continue to excel at promoting too, with their Moulin Nights gig at Kings Cross’ Moulin Rouge packing out week after week, as the longest running underground club in Sydney’s duuurty red light district.
Do you believe in fate? The Potbelleez certainly do. From being a couple of Irish tourists landing in Sydney with not much more than a record bag to their name, Dave and Jonny are quickly becoming the hottest up and coming property in Australian dance music. If recent form is anything to go by, one senses it won’t be long before the pair takes their next momentous step.
THE POTBELLEEZ are managed by PHAT PLANET MUSIC MEDIA
Contact: myles@phatpla.net
www.myspace.com/thepotbelleez
PBZ HQ