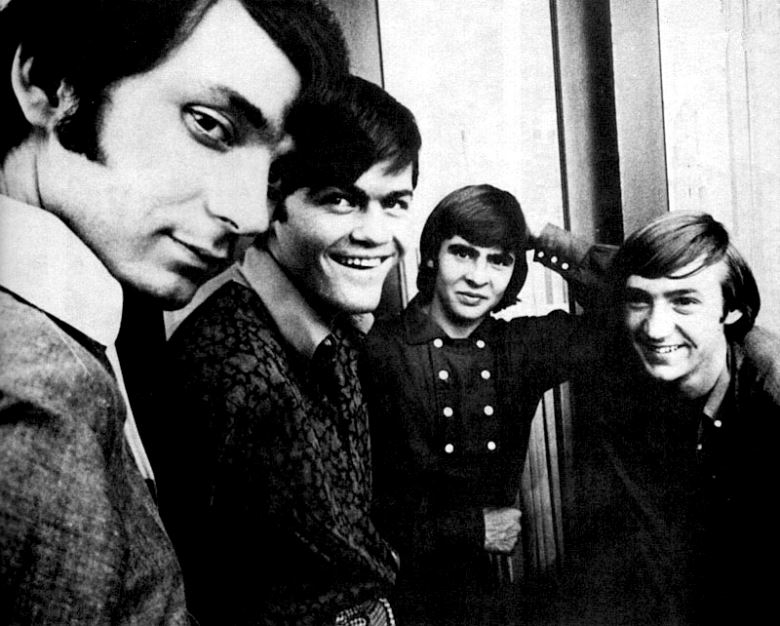 The Monkees assembled to be the stars of an American television series of the same name, which ran on NBC from 1966 to 1968. The original lineup was: Micky Dolenz (drums, vocals), Michael Nesmith (guitar, vocals), Davy Jones (percussion, vocals) and Peter Tork (bass, keyboards, vocals) . The Monkees were formed in 1965 in Los Angeles, California and initially disbanded in 1970 at the conclusion of their recording contract. At their peak they were competing with The Beatles for the top spot on album charts.
In the years since their original disbanding, the group has reunited in various incarnations, mostly involving Dolenz, Tork and Jones, but not Nesmith. The first reunion began in 1986 and at first featured only Micky Dolenz and Peter Tork. Davy Jones joined the others and a new album was released before they split again in 1989.
The next regrouping took place between 1993 and 1997 and featured a new album that included the particpation of all four members. A further reunion between 2001 and 2002, was followed by another reunion in 2011 to celebrate the 40th anniversary of the television show. This reunion was cut short before 2011 had ended due to scheduling problems with the anniversary tour.
The unexpected death of Davy Jones at the beginning of 2012 prompted the most recent reunion tour, this time featuring Dolenz, Tork and Nesmith.
Created by producers of a TV series to be an American Beatles, the antics of the Monkees band members on the television series were very reminscent of Beatles' antics in films like 'Help' and 'Hard Day's Night'. Indeed, in songs like 'Forget that Girl...', the band and even the lead singer could sound just like the Beatles. With songs provided by Don Kirshner from such writers as Neil Diamond and Carole King, among others, the Monkees were assured of pop success. However, in the beginning, the four group members were hired only as actors to front the band and to provide the vocals whilst studio musicians recorded the backing music. These recordings were provided by Kirshner. Things changed though after the success of the single Last Train to Clarksville, the first hit, leading to demands that the band play live gigs. Having learned to play the music, the band became angry when the second LP was recorded (by Kirshner) by studio musicians, without their knowledge or musical input. They therefore demanded and obtained control of the music.
Nesmith who revealed that the band did not perform on their records was also instrumental in getting Don Kirshner sacked. the next album Headquarters was recorded by The Monkees alone, using hand picked producer Chip Douglas. While not as successful as their first two albums it made it to number one, only to be replaced a week later by The Beatles' Sgt Pepper album. The Monkees eventually settled on a formula of using their own talents as well as those of studio musicians. After two seasons the network and the group could not reach agreement on the format of a third season and the show was canceled even though the ratings were still high. A feature film named Head co-written by The Monkees, Jack Nicholson and Bob Rafelson) followed.
Peter Tork was the first to leave the band, in 1968, during 1969 The TV show went into Saturday morning reruns and the three remaining Monkees recorded two more albums. in 1969 Nesmith departed and began a serious foray into merging country and rock music. He also eventually developed a format that became MTV. By the way his mother invented a product called Liquid Paper, sold it to the Gillette Company for $47 million dollars then died a year later leaving the money to her only son. The remaining two Monkees Dolenz and Jones recorded one last album named Changes in late 1969.
There has, however, been a resurgent interest in The Monkees' music Rhino Records has been instrumental in restoring all their albums, adding bonus tracks, and equipping them with complementary liner notes and stories.
Davy Jones died on February 29, 2012 in Indiantown, Florida.
DISCOGRAPHY (from www.themonkees.net):
The Monkees (1966)
More of The Monkees (1967)
Headquarters (1967)
Pisces, Aquarius, Capricorn & Jones, Ltd. (1967)
The Birds, The Bees & The Monkees