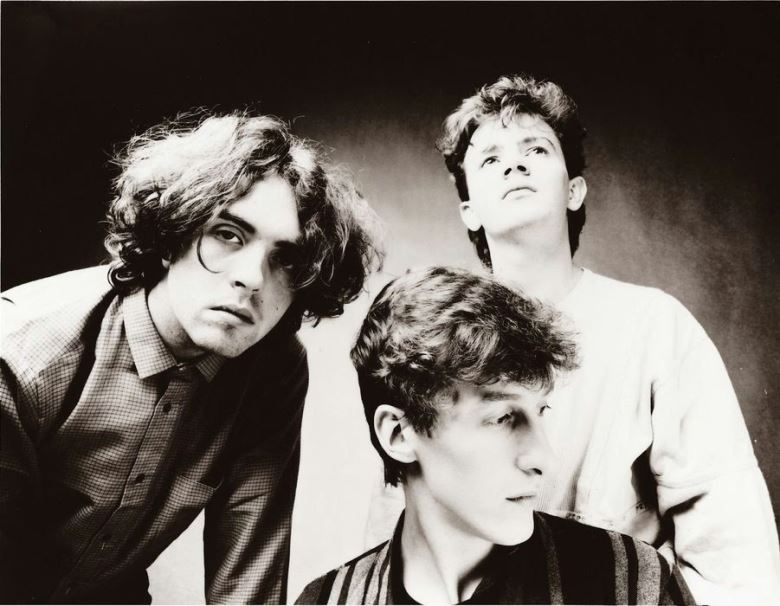 The Icicle Works is an alternative rock band which formed in Liverpool, England in 1980. The band's original lineup consisted of Ian McNabb (vocals, guitar), Chris Layhe (bass, percussion) and Chris Sharrock (drums). Layhe and Sharrock left the band in 1988, but McNabb continued the band with replacement members until 1990. McNabb reformed the band with different replacement members in 2006, but this incarnation lasted only until 2008. In 2011, McNabb reformed the band once more for a tour celebrating the band's 30th anniversary. Since leaving the band, Chris Sharrock became the drummer for numerous bands, including The La's, World Party, Oasis and Beady Eye.
Named after the 1960 short story "The Day The Icicle Works Closed" by science fiction author Frederik Pohl, The Icicle Works joined Liverpool's early 1980s 'neo-psychedelia' wave, which also propelled Echo & the Bunnymen and The Teardrop Explodes to stardom.
The band was founded in Liverpool by 18-year-old singer, songwriter, guitarist, keyboardist and frontman Ian McNabb. In 1980, McNabb joined up with drummer Chris Sharrock (who had been playing with McNabb on and off since he was nine) and bassist Chris Layhe (who had been recruited though a classified ad), and they began playing as The Icicle Works. By the end of 1981, the trio had recorded a six-song independently released cassette, and in 1982 they released the independent single "Nirvana". The following year, The Icicle Works were signed to the Beggars Banquet label, who issued the single Birds Fly (Whisper to a Scream) on their subsidiary label Situation Two.
Later that year, The Icicle Works' would release their biggest UK hit, 1983's Love Is a Wonderful Colour. Their debut eponymous album (1984) would follow shortly thereafter, reaching number 24 on the UK charts, and also hitting the U.S. top 40. Also appearing on the U.S. top 40 singles charts at around the same time (and hitting the Canadian top twenty) was Whisper to a Scream (Birds Fly), a retitled and very slightly remixed version of The Icicle Works' Situation Two release of 1983.
However, commercial success for The Icicle Works after this point was minimal. Their second album, The Small Price of a Bicycle (1985) spun off no hit singles, and wasn't even released outside the UK. Later albums If You Want to Defeat Your Enemy Sing His Song (1987), and Blind (1988) were both issued in the UK and North America, and even spun off minor hits. Nevertheless, no post-1984 Icicle Works single would chart higher than 52 in the UK, and after "Whisper To A Scream", the band never again made the US Hot 100.
Some have attributed this unfortunate commercial decline to The Icicle Works' change in sound over the years, from an initial 'new wave' feel to a more straight-ahead rock sound inspired by Neil Young, The Doors, and the Ramones, amongst others. But whatever the cause, despite critical acclaim the band was unable to consistently record hit singles. As well, by the late 1980s, tensions within the group were increasing allegedly due to McNabb's controlling ways. By 1988, in addition to writing virtually all of The Icicle Works' material, as well as singing and playing guitar, McNabb was also producing the group's records.
Accordingly, shortly after Blind was issued, drummer Chris Sharrock departed to The La's. Sharrock would later be a member of The Lightning Seeds and World Party, and would also drum for Robbie Williams, Del Amitri and Eurythmics. Around this same time, Layhe also departed, and Beggars Banquet dropped the group from their roster.
Undaunted, McNabb soldiered on under The Icicle Works banner for a while. Zak Starkey, son of Ringo Starr, briefly occupied the drumstool, while various keyboardists, bassists, and guitarists passed through before the band released Permanent Damage (1990), recorded for Epic/Sony. By that time, the band's lineup was McNabb, bassist Roy Corkill, former 10cc and Jethro Tull drummer Paul Burgess, keyboardist Dave Baldwin, and backing vocalist Mark Revell.
This 'second-generation' version of The Icicle Works quietly broke up after Permanent Damage failed to chart, and Epic dropped the band. Ian McNabb's solo career officially began in 1991 with the release of the single Great Dreams of Heaven; for further details on McNabb's solo career, please see the entry for Ian McNabb.
In 1992, a compilation called The Best of The Icicle Works was released, containing the best of their work from the Beggars Banquet years. Two years later, a live recording of a 1987 concert was issued.
On December 31, 2005, after having been a solo act for 15 years, McNabb announced he was reviving "The Icicle Works" name in 2006 for a series of concerts and an album. However, this version of the band would contain no original members other than McNabb.