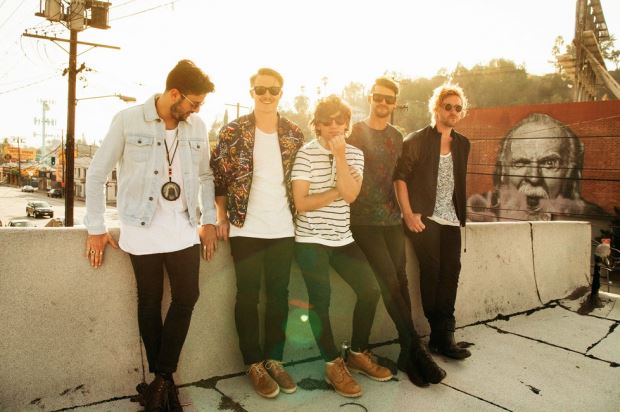 There are two bands called The Griswolds: (1) an indie rock band from Sydney, Australia. (2) a Blues band formed in 1959.
(1) Australian indie rock band the Griswolds became an overnight sensation in their homeland with their catchy tunes, laid-back style, and party-hearty philosophy. Named after Chevy Chase's hapless family in the Vacation movies, the Griswolds were formed in 2012 by singer Christopher Whitehall, guitarist Daniel Duque-Perez, bassist Tim John, drummer Chris Riley, and keyboardist Lachlan West. The band came together after Whitehall and Duque-Perez began working up song ideas together, and one sounded good enough that it deserved a band to play and record it. The band had already begun work on their debut EP when they came up with the name the Griswolds; and when they finished recording the song "Mississippi," they wasted no time posting it online, and the song was promptly embraced by music bloggers. Radio soon followed, and Australian radio powerhouse Triple J put "Mississippi" into regular rotation; it would become their most played song of 2012. After the debut EP, Heart of a Lion, climbed the Australian charts, the Griswolds proved they had the live show to back up their skills in the studio, playing memorable sets at the Big Day Out, Parklife, and Homebake Festivals, and making their first forays into Europe. In May 2013, the group made its American debut with a show in Brooklyn, New York, and they were signed by Wind-Up Records, who issued the EP in the United States as "Mississippi" made its way onto the college radio charts. In early 2014, the Griswolds went into the studio with producer Tony Hoffer to start work on their first full-length album. Their full length debut Be Impressive arrived in August 2014.
http://www.wearethegriswolds.com
(2) Toledo, OH-based brothers Art and Roman Griswold began playing blues together in 1959. In 1997, they released All the Way Down, their third studio album and the only one widely available to date, for the London-based JSP Records. On the recording, Art Griswold plays guitar and sings, while Roman contributes vocals and Hammond B-3 organ.
Both Art and Roman grew up surrounded by the sounds of bent guitar strings and wailing harmonicas. Art got his first guitar at age 17 after a motorcycle wreck laid him up for a few months. He moved to Little Rock, AR and began sitting in with people like Big Moose Walker and others. After moving to Toledo, he became the guitarist for Little Walter Mitchell and honed his craft at a variety of Toledo blues clubs.
Both brothers began their musical education with gospel music, listening to the radio and ordering the latest recordings by Elmore James, Muddy Waters, and others. By 1959, Art was joined in Toledo by his older brother Roman, who had completed a hitch in the armed forces, and quickly made his mark as a harmonica player. Roman hooked up with Art’s band and the Griswolds landed a job at the club Hines Farm, where they had the opportunity to polish their chops backing up touring musicians like Jimmy Ricks, vocalist Little Esther Phillips, Freddie King, and Jimmy McCracklin. Finally, by 1965, Art Griswold opened his own tavern and made his own band the house band, playing six days a week. At this point, Roman began to pick up keyboards, since the lengthy jam sessions were taking their toll on him.
The Griswolds first entered the recording studio in the mid-’60s for the Fortune label in Detroit, where they recorded singles including “Pretty Mama” and “What the Judge Man Did to Me.” Their singles found some airplay on R&B-oriented radio stations, and they began to tour regionally in Detroit, Houston, Memphis, and New Orleans. The Griswolds continued to record (mostly singles) for small labels throughout the ’70s disco boom, but by the ’80s, they recorded and released their first full-length album, Two Aces and a Jack, with Toledo blues singer Big Jack Reynolds; the resulting airplay for the release brought them the chance to jam with Lee Atwater at a fund-raiser for President Reagan.
In 1990, the band, by this point paragons of the Toledo blues scene, recorded a live album, Full Time Blues, for the Highball label. Also in the early ’90s, they released a studio album, The Reel Deal, for the same label. Saxophonist Rick “Big Daddy Cool” Schefdore joined the band in 1991, and he brought a wealth of experience to the group. He wrote two of the songs on All the Way Down and produced the band’s first widely distributed album. Cockeyed World followed in early 2001.
(2) Source: The Grisswolds - (Allmusic) Artist Biography by Richard Skelly