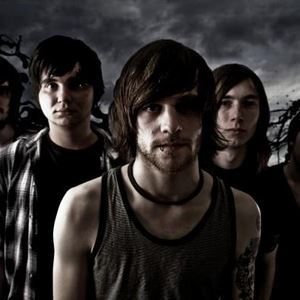 There are currently 5 acts listed under the solo/band name TESS.
(1) Tess is a French metal\hardcore band.
(2) Tess is a band from Memphis, TN featuring members of Neev, Blesser, and Niur.
(3) Tess is a Swedish eurodance artist .
(4) Tess were a female Spanish pop band.
(5) Tess Gaerthé , known as Tess is a young singer from the Netherlands.
(6) TESS is a male singer songrwiter from the UK. His song "Save me from myself" is currently featured on last.fm. His debut album "TESS magpie" has been favourably compared to Nick Drake, Ray Lamontagne and Damien Rice and is out now!
1. Tess, french metal\hardcore band, was born in 2006. After 1 EP, two albums, and a DVD, Tess released in 2012 its third album called "La Confrérie" (The Brotherhood), produced by Charles "Kallaghan" Massbo (Iburn, Censura, Hewitt) and mastered by the famous US producer Andrew Murdoch (Linkin Park, Avenged Sevenfold, Godsmack). The sound is loud, punk and hardcore.
After one year on the roads in France with bands like Eths, Loudblast, Meshuggah, The Arrs, Smash It Combo or Unerven Structure, Tess visited Ukraine and Russia.
Members: Thibaut Sibella : chant / vocals
Vincent Gothuey : guitare / guitar
Vincent Giorgetti : guitare / guitar
Jérôme Effernelli : basse / bass
Damien Golini : batterie / drums
3. Tess - swedish eurodance artist,
She was born on the 13th of February 1978. She grew up in Solna, in the North of Stockholm where she lived with her mother until she was 15 years old. She studied French language for three years. At the age of 15 Tess gave up her studies and got the opportunity to start dancing at different night-clubs all around Sweden. She also worked during the day at the Sheraton Hotel. She took the chance since music and dance are her big passions. Tess' taste in music is very broad and she gets off on anything from classical music to heavy house-techno. She hasn't set any goals in music business, but wants to live one day at a time.
She was born in Stockholm in 1978 but her exotic looks reveals her origin from India/Finland on her fathers side and Belgium/Sweden on her mothers. To her merits one can count danceacts with Dr Alban , Rob ´n Raz and Drömhus (Dreamhouse). She has also sung backup vocals and danced with Basic Element. Then in 1998 she became La Cream's voice. Their first single Château d´amour was releasedat Dr. Records / Arcade Music. The single became a hit and they decided to go on. The second single, You, was La Cream's first commercial hit and it sold Gold in both Sweden and Norway.
She likes the music she's doing: "If you don't like the music you're doing, you can't do it with your heart. Then you can't perform it with the right feeling. When being out I although like a bit harder music and not euro that much. La Cream is dance music and I love dance." Tess likes the current artists: "I like Madonna. She's a great artist, who's done music for years. I like new Swedish artists like Markoolio, he's the funniest artist in the world. Antiloop is good. I listen to all kinds of music."
In 2000, after about 160 shows with La Cream, Tess left the project. "It was a fantastic time", says Tess, who during these two years got the opportunity to go to a lot of interesting places and to meet a lot of exciting people. She released her first solo single, Justify My Love, which sounds just like La Cream's tracks, and was in fact composed and produced by Ari Lehtonen from La Cream. Tess' forthcoming album was composed and produced by David Kreuger, Jörgen Elofsson, C&N Project, Juha Myllylä and Jorge Vasconcelo, who is the former member of La Cream.
The next single is entitled Viva L'amor. On the 20th of May Tess participated on NRJ Spring Break Party in Kungsträdgården (Stockholm). On the 15th-16th of June Tess performed at the Power Summer Party (On the 15th in Gothenburg/Liseberg and on the 16th in Stockholm/Gröna Lund). On the 23rd of October she released her debut album.
2002 : Tess' voice was featured by the SM-Trax project, and the single was released in Germany.
2004 : Tess is back for good with a new single called The Second You Sleep. It peaked to #12 in August in the Swedish charts. A very hot video was recorded...
2005 : Tess' new single is entitled Breathless. It entered the Swedish charts at #27 at the end of April.
3. Tess - a spanish pop band that released three albums, "A Nuestra Edad", "Quiero Ser Yo" and "Amor Libre", till 2005 when they announced their official split.
4. Tess Gaerthé , known as Tess - young singer from the Netherlands. She was the winner of junior song festival 2005 and represented her country in the Junior Eurovision Song Contest 2005 with a song called "stupid". She realeased a cd called "ONWEERSTAANBAAR"
more info http://www.tessgaerthe.com
5. TESS - male performer songwriter from the UK. His debut album "TESS magpie" is distributed through Cadiz via Universal Music and is "set to please fans of artists such as Nick Drake, Ray Lamontagne and Damien Rice". Website: facebook.com/tessnotes and tessnotes.com