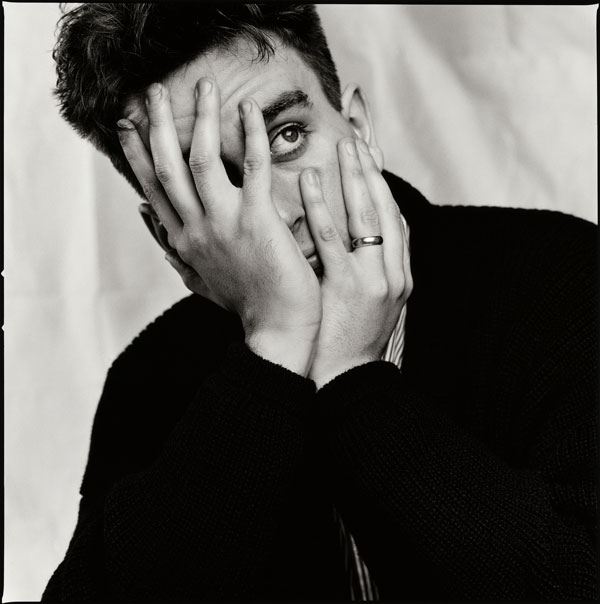 Terry Hall (born 19 March 1959, in Coventry, England) was the lead singer of The Specials, the Fun Boy Three, The Colourfield, Terry, Blair and Anouchka and Vegas. He released his first solo album, Home, in 1995. He has also worked with The Lightning Seeds, Stephen Duffy, Dub Pistols, Gorillaz and Tricky.
Hall was an active member of the burgeoning Coventry music scene of the late 1970s, playing in local punk band Squad, and being credited as a composer on their single "Red Alert" / "£8 a Week". This scene also produced acts such as The Selecter and Hazel O'Connor.
As the frontman for The Specials (though initially called The Coventry Automatics), Hall primarily struck it big in Britain in 1979 when BBC Radio 1 DJ John Peel played their single "Gangsters" on his show; the song was included in his Festive Fifty at #7 in that year. The Specials' first self-titled album features some of Hall's most recognizable and notable performances, including "Little Bitch", "Nite Klub", "Concrete Jungle", and "Gangsters".
In October of 1980, The Specials released their second album, More Specials. While singing such fan-favourites such as "Enjoy Yourself", "Rat Race", and "Hey, Little Rich Girl", Terry successfully helped the band recreate the upbeat music that the first album possessed. The next album The Specials recorded, 1984's In The Studio, did not include Hall.
After The Specials' last single with Hall, the UK #1 hit "Ghost Town", Hall left the band to start a new-wave group, Fun Boy Three, with two other Specials members, Lynval Golding and Neville Staples. Fun Boy Three's first hit single occurred in late 1981, entitled "The Lunatics (Have Taken Over The Asylum)", then followed-up in early 1982 with "It Ain't What You Do (It's the Way That You Do It)", a duet with Bananarama. Fun Boy Three then provided guest vocals for Bananarama's single, "Really Saying Something". That same year, Hall and his bandmates appeared in the video for "Driving in My Car" by ska band, Madness. In February 1983, Fun Boy Three released Waiting. It consisted of the Top Ten hits "The Tunnel of Love" and the classic "Our Lips Are Sealed". The latter was a song Hall wrote with Jane Wiedlin, who had already made it into a hit the previous year with her group, The Go-Go's.
In 1984 Hall formed the Coventry based band The Colourfield, releasing the album Virgins & Philistines in 1985, which included the single "Thinking of You" (UK #12 hit single). This new musical direction would culminate in collaborations with the Lightning Seeds' Ian Broudie, contributing a number of songs to the Seeds' Sense (1992), Jollification (1994), Dizzy Heights (1996) and Tilt (1999) albums. Hall also co-wrote the song "Smoke Rings" for Broudie's debut solo album Tales Told. The track was subsequently released as the lead track on the Smoke Rings EP.
In 2001 he appeared as a guest on the Gorillaz-D12 single "911", which was a song about terrorist attacks in the U.S.
In 2007 he provided vocals for many tracks on the Dub Pistols album Speakers and Tweeters.