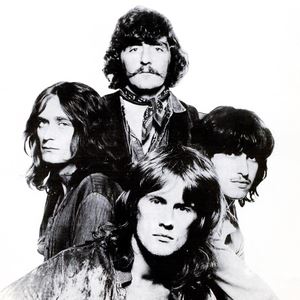 Originally from Nottingham in the UK, this band of virtuoso musicians under the leadership of Alvin Lee conquered the UK scene and then spread their wings to the USA. Their blend of jazz, blues and rock was initially slightly awkward but their first album provided an opening for them. In October, their 1967 self-titled debut album was released.
In 1968, after touring Scandinavia and the United States, Ten Years After released their second album, live Undead, which brought their first classic, "I'm Going Home." This was followed in February 1969 by studio issue, Stonedhenge, a British hit, that included another classic, "Hear Me Calling" (it was released also as a single, and covered in 1972 by British glam rock rising stars, Slade). In July 1969 they appeared at the Newport Jazz Festival, in the first event to which rock bands were invited. In August, the band performed a breakthrough American appearance at Woodstock; their furious-to-soft-to-furious rendition of "I'm Going Home" featuring Alvin Lee as the lead singer was featured in both the subsequent film and soundtrack album and catapulted them to star status.
During 1970, Ten Years After released "Love Like a Man", their only hit in the UK Singles Chart. This song was on their fifth album, Cricklewood Green. The name of the album comes from a friend of the group who lived in Cricklewood, London. He grew a sort of plant which was said to have hallucinogenic effects. The band did not know the name of this plant, so they called their album Cricklewood Green. It was the first record to be issued with a different playing speed on each side – one a three-minute edit at 45rpm, the other, a nine-minute live version at 33rpm. In August, Ten Years After played the Isle of Wight Festival 1970 to an audience of 600,000.
In 1971, the band released the album A Space in Time which marked a move toward more commercial material. It featured their biggest hit, "I'd Love To Change The World". But a few albums later, the band broke up after the 1974 album Positive Vibrations. They re-united in 1983 to play the Reading Festival and this performance was later released on CD as The Friday Rock Show Sessions - Live At Reading '83. In 1988, they re-united for a few concerts and recorded the album About Time (1989). Finally, in 1994, they participated in the Eurowoodstock festival in Budapest.
Alvin Lee has since then mostly played and recorded under his own name. In 2003, the other band members replaced him with Joe Gooch and recorded the album Now. Material from the following tour was used for the 2005 double album Roadworks.
Lee died on March 6, 2013. According to his website, he died from "unforeseen complications following a routine surgical procedure."[2][3][4] He was 68. His former bandmates lamented his death, Leo Lyons called him "the closest thing I had to a brother", while Ric Lee (no relation) said "I don't think its even sunk in yet as to the reality of his passing." Billboard Magazine wrote of his passing, highlighting such landmark performances as "I'm Going Home" from the Woodstock festival and his 1974 hit single "I'd Love to Change the World."[5]
Band members:
Alvin Lee – guitar, vocals
Leo Lyons – bass
Chick Churchill – keyboards
Ric Lee – drums
Joe Gooch – guitar, vocals (joined in 2003)
You can also see Alvin Lee and / or Alvin Lee & Ten Years After and / or Alvin Lee & Co and or Alvin Lee & Ten Years Later and / or The Alvin Lee Band on Last.fm.