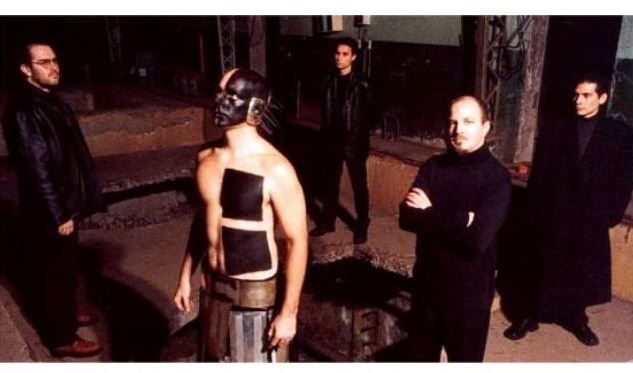 Tim Subterra's introduction to jungle and drum n bass goes as far back as 1993 where he was first exposed to it by tuning into radio stations such as Kool FM and Kiss, listening to djs such as Hype, Randall, LTJ Bukem and Jumping Jack Frost. He began mixing at the age of 16 in 1999, under the guidance of hardcore producer Storm whose studio he frequented on a regular basis. He also began attending the Labyrinth nights at the Pleasure Rooms in Tottenham around this time. This lead him to his first ever live set at Raindance on Millennium Eve at Labyrinth, playing 3-4am covering for an absent DJ in the Jungle Arena. From then on the bookings escalated and played everywhere from local clubs in Guildford to the Millennium Dome where he was selected to DJ for the Nike Air Football tournament in 2001. He began playing on N Joi FM, a pirate station that broadcast from Guildford across the South of England, and at the same time had a weekly show on Flex 103.6 FM. He also held a residency at the Flex FM events at Chunnel Club in 2001. During this time he became resident at long running drum n bass night Presha at the University of Surrey, a residency which he still holds to this day, He also turned his hand to promotion in 2002 where he collaborated with DJ FD and brought Presha outside of the University to Pulse in Guildford and succeeded in bringing 400 people into the venue on a Wednesday night.
Other Highlights included playing in Club Matrix in Rio de Janeiro during a trip to Brazil in December 2003, a show on Ministry of Sound radio in 2004, playing in the bar at Movement the same year as well as joining the ranks of New Nation which lead to further bookings in Brixton Academy, Coronet, Herbal, Heaven, Scala, and Cocoshebeen in Bournemouth. In 2004 an opportunity arose for Subterra to assist in the promotion of a charity drum n bass event at Time Nightclub in Guildford. He swiftly took charge of the operation and successfully filled the venue to capacity with over 650 people, again on a Wednesday night. From that moment the Rotation brand was born and with Subterras hard work and perseverance, became a regular event over the next 2 years filling a much needed gap in market, earning the well deserved reputation as one of the leading events in the South of England showcasing the talents of many of the UK’s leading drum n bass artists.
Also, during 2005 Subterra had another project on his hands. Southern radio station Kane FM had a 28 day legal trial period during which he had a weekly show. He also featured a guest appearance from long time hero DJ Randall. In 2006 Subterra acquired a weekly show one of Londons most established and popular pirates Rude FM, and alongside his hectic schedule running Rotation, he managed to squeeze in bookings at Moondance on New Years Eve, Essence of Chi, Knowledge magazines monthly Bar Knowledge night, a residency at Breakin Science, a residency at Innovation including playing several times at their “In the Sun” week-long event in Barcelona, in the Bar & Baby Box at Ministry of Sound Events. He has also been selected, on several occasions, to supply studio mixes for the Ministry of sound radio station which can be heard through Sky Digital radio 24hrs a day and is booked to play on Drum n Bass Arena radio.
The End of 2006 Lead Subterra to Label Managment at Dj Zinc’s prestigious Bingo Beats record label, working hard there for a just under a year, he thought it was time to get busy on his own productions and start writing his own music. Subterra is now full time in the studio and is working closely with Ram Records off shoot Frequency for a series of releases, as well as a string releases with the likes of 31 Records, Def Ltd, Diverse Products, Shiva Soundsystem, Ruse Records and remix duties for Sudden Def Records, Rubiks Records and Trust in Music. Subterra is quickly developing a reputation for being one of the most versatile young dj/ producers in the drum n bass scene, and has every intention of continuing to push the boundaries with his mixing skills, whilst keeping busy in the studio and pleasing crowds wherever he plays.