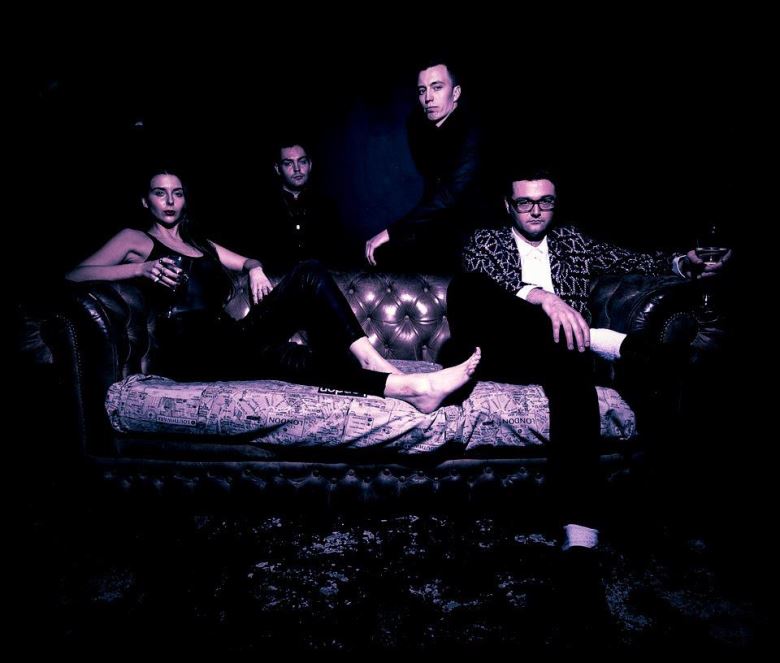 There are at least ten known bands called the Strangers.
A) A Hardcore/ Punk band from the Gold Coast, Australia
(http://www.facebook.com/pages/Strangers/134475239946199)
B) (twitter : @strangersband)
Strangers is brit pop/rock band formed in 2007, a collaboration of four young talented artists from Bandung, Indonesia, Ican (Vocal), Gugun (Guitar), Lanlan (Bass) and Nayaka (Drums). Influenced by different colours of music from each individuals such as Freddy Mercury , Eric Martin, The Beatles, Radiohead, Joni Greenwood, Lee Retenour, Nuno Bettencourt, Mike Portnoy and Wong Aksan, Strangers brings out their best music in Brit Pop & Rock Genre. The musical concept are honest, simple, raw, and powerfull in soul, delivers another different beat to the industry. Their vision is to branch out their music to every corner of the world, where ever that may be. As long there are ears to listen, eyes to see and hearts that are ready to embrace sincerity.
Strangers released their debut album entitled Everything Goes Automatic on The 7th November 2008. Strangers work with music composer Wong Aksan, Vocal Coach Prama Hanindia and movie producer Dewi Umaya Rachman on the making. The Hit Single “Heavenly” reached its peak position to #1 in several hit radio station charts in Bandung and the album has been given great reviews from local radios and printed media such as Pikiran Rakyat, HAI, Grey, Jeune and Rolling Stone Indonesia. Tangisan Ibu Pertiwi is also a soundtrack from Minggu Pagi di Victoria Park , a movie directed by Lola Amalia along with other musicians such as Endah n Rhesa, Titi Sjuman and Reda. The rest of the song deliver ballad scene to room, enjoy the whole singles like The Fool, Now, My Beautifull, Headline, Everyone, I Will Wait, He is Me and Two Dimensions and they won’t be strangers no longer to the ears.
Brit pop/rock Band, visit http://www.last.fm/music/Strangers+Indonesia or http://www.myspace.com/strangersindonesia
Discography :
2008 : Album Everything Goes Automatic .Track lists :
1. He is Me
2. Heavenly
3. Now
4. I Will Wait
5. Headline
6. Two Dimensions
7. Everyone
8. My Beautiful
9. The Fool
10. Tangisan Ibu Pertiwi
C) a brutal metalcore band from Moose Jaw, Saskatchewan, Canada. (http://www.myspace.com/strangerthanmusic) (http://twitter.com/strangersca)
D) A four piece powerviolence/ hardcore punk outfit from the Gold Coast, Queensland Australia, who play an intense, unique amalgamation of 80s hardcore, punk and powerviolence. http://www.facebook.com/#!/pages/Strangers/134475239946199
E) an intense metallic hardcore act from Wellington, New Zealand. their music is released by AMR (http://www.myspace.com/strangersandfuckers)
F) space(psych)rock from Orlando, Florida (USA)
www.myspace.com/strangestrangers
G) A metalcore/mathcore band located in Moose Jaw, Saskatchewan, Canada.
http://www.myspace.com/strangerthanmusic
H) Strangers is a band founded in 2008, consists of three components-Timer (Timer Moraru Cristian) Ecsper (Moraru Robert Gabriel) and John Diamond (Turburas Ionut). Ecsper and Timer The brothers met with John Diamond in the studio recording thereof, and after three more collaborations have outlined a new project band taking birth Strangers The combination of Hip-Hop and RnB three social and cultural themes present in all over the world, wanting to put their mark on industry international music after leaving the communist regime of the country of origin
John Diamond is a singer / producer / sound engineer novel, aged 28 years and is behind several successful musical projects of his country
Ecsper is a rap singer 29 years old, who started his career in 1996 but due to problems with the law continued to run after 9 years in prison in various maximum security prisons in Romania, began with his younger brother perfomerze Timer
Timer is a rap singer 22 years old, with numerous collaborations with music industry people in Romania.’s inspiration comes from sub-urban environment on the streets of the Romanian capital, Bucharest
I) A punk rock band on Hell-Cat records. They are due to release their new album spring 2010 called the Human Conditions.
http://www.myspace.com/strangersstrangers
J) A Surf Rock band from the US, that played around the 1960s.
K) A chaotic hardcore/neocrust band from Buffalo, NY.
H) Punk band from Chicago. Featuring members of Raw Nerve. Demo for free at:
http://strangerschicago.bandcamp.com/
L) A bulgarian rock band