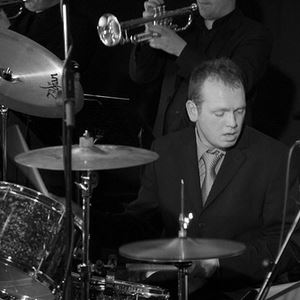 There are at least two artists with the name Steve Parry.
1. A US base Americana Singer/Songwriter & Performer
2. A Welsh Jazz musician and Drummer
1. Steve Parry hails from Minnesota, the land of John Gorka, Bob Dylan and Greg Brown. Having traveled the earth he finally staked his claim in Stillwater, MN. His travels have led him to live in some of our country’s iconic music cities like Seattle, Chicago, New Orleans. Using a pinch of spice from each of these locales, to flavor his songs, allows Steve to create a banquet of musical delight. Texas musicians have had an especially major influence on his song style.
Here’s a recent quote by a national music industry professional about Steve’s music:
“I very much enjoyed hearing this material. You have a wonderfully evocative voice, and I love the fact that these performances sound so relaxed and expressive. In terms of style, it sounds like your music has just blown in off the midwestern plains. There’s a stark nature to the arrangements that recalls in my mind windswept fields, weather beaten barns, and Depression era America. Very evocative.”
Steve’s music tends to make audiences feel they are living his stories first-hand. He crafts his art with pen and guitar rather than canvas or clay. Some of Steve’s favorite fellow storytellers are John Prine, Slaid Cleaves, Michael O’Connor, Verlon Thompson, Guy Clark, Jonathan Byrd and Steve Earle to name just a few. He’s happiest when he can spark a memory with a melody from the past, or create a new one with a brand new song. When he sees his listeners smiling and tapping their toes a he knows a connection has been made.
Steve has had the honor of opening for a number of nationally known artists such as: Billy McLaughlin, Seth Glier and Jonathan Byrd.
His music has been featured on FM radio in the US, Europe and Australia as well as a number of internet bases stations.
2. Since turning professional at the age of 17, Steve has been involved in many musical situations - the main one being the West End show The Official Tribute to the Blues Brothers produced by David Pugh. Steve joined the show in January 1997 as trumpet player and became musical director in June of that year. Since then he has appeared in the West End and toured the UK and Europe extensively with the show on trumpet, drums, occasionally keyboards and one memorable Friday matinée in Hull on bass..!

In between tours with Blues Brothers, Steve plays with various jazz, latin, pop and function bands finding himself in many different places including the Royal Festival Hall, Royal Albert Hall, Ronnie Scott’s and a trip to Namibia under his own name headlining the first Cheetah National Arts Festival in Otjiwarongo (2004). Also, the end of 2009 saw Steve’s big-screen debut(!) playing the Mercury Orchestra’s trumpet player in the feature film ‘Me And Orson Welles’ directed by Richard Linklater.

Steve has appeared on the same bill as The Real Thing, The Drifters, Rod Stewart and Dionne Warwick; has worked with many great performers such as John Hurt, Liam Neeson, Richard E. Grant, Richard Griffiths, Kenneth Branagh and Roger Moore; and also collaborated with Andrew Lloyd-Webber and Tim Rice. He has performed in such diverse situations as the Commonwealth Games in Manchester, the millennium celebrations at the Millennium Dome (now the O2 Arena) and the cricket World Cup final at Lords. Steve has played in the band of Corinne Bailey Rae on gigs such as the V-Festival, Glastonbury and Live Earth 2007 at Wembley Stadium with Corinne and John Legend. In 2010 he was asked to be part of a new show; Sgt Pepper’s Lonely Hearts Club Show, in which he plays keyboards, trumpets, horn, clarinet, saxophone, percussion and backing vocals. Steve is also the musical director for up-and-coming girl band Angels in White. Steve’s latest project, and one he is most proud of, is Simply Big Band; a show consisting of a 26-piece orchestra, 3 singers and 6 dancers. Steve is the arranger, musical director, co-writer and co-director for the show.

Whilst being active as a player, Steve is equally active as a writer, composing music for West End/Broadway award-winning shows as well as bands like the Trinity College Big Band, NYJO and his own Steve Parry and the Big Band From Hell. Many of his compositions/arrangements are available here. And to add to that, he also has had jingles used on British national radio, including the well-loved ‘Beat The Busby’ theme as featured on Chris Evans’ Drivetime show on BBC Radio 2.

With regards to recordings, Steve is a busy session musician playing on numerous albums and TV commercials. He also has released a single (It All Starts Here) and an album (The Organ Quintet Recordings) of his own material. Follow the links to to preview/download/purchase, also more recordings can be heard at Steve’s myspace page.