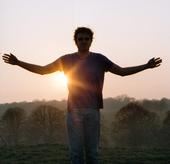 Steve Parker, born and raised in the Portuguese city of Oporto, grew up experiencing the summer of Acid and the revolution of House and Techno. Since then, dance music has always been present in his life.
Having risen through the techno ranks, nowadays Steve Parker is probably the most successful Tech House / Techno producer in his own country, and has firmly established himself as one of the most respected new comers around the DJ world. This status was only achieved due to his ideals, right from the beginning of his first releases in 2007, when he settled a higher plan deciding to aim and work only for quality labels.
With various EPs released on labels such as SCI+TEC (Switch Box EP), Get Systematic (Quartz rec), Synewave, Sleaze, Harthouse and many others, Steve Parker kept pushing things harder and harder, until in December 2009, Mexilhao (Weave) was born! Suddenly after a week, the track got an outstanding 3rd place at the world's most prestigious digital music store "Beatport"!
With more than 12 printed releases on vinyl and nearly 100 originals / remixes on every digital shop in the web, his music was also included in some internationally Mix Albums such as Secret Cinema, Welcome to my Club, and Azuli Presents Ibiza '11 by James Talk & Olav Basoski.
His tracks mirror his own DJ sets, combining House and Techno, driving a deep hypnotic explosiveness vibe mixed with groovy rhythms, and a stylish minimalistic Tech style!
Steve Parker has already proved to be a quality producer, with his music being charted more than 400 times and carried on being included on playlists like Sven Vath, Dubfire, Chris Liebing, Josh Wink, Richie Hawtin among many others.
With such amazing results being achieved, he has now decided to build a wider and more solid recognition as a DJ, so that he can be able to express his music to every corner of the globe.
With the launch of his own label SPARK MUSIK in December 2010, all the hard work suddenly rewards him with tour dates in New York, Toronto, Zurich, Paris, London and many other cities including summer festivals in south Spain and Croatia.
2012 is definitely the year that all things are come together, when the legendary Josh Wink confirmed a long awaited dream of releasing "Escuro EP" on Ovum Recordings, a label that Steve grew up being inspired since the dawn of his career.
Steve Parker's debut EP on Ovum Recordings sees the daylight on January 2012, being heavily supported by Carl Cox, John Digweed, Josh Wink among many others, and it wasn't a big surprise that just a few weeks after "Innerstate" got to an outstanding 10th place at Beatport techno 100 !
As for the future Steve Parker has a serious master plan: “Making Music!” and run a respectable career saluted by his pairs.