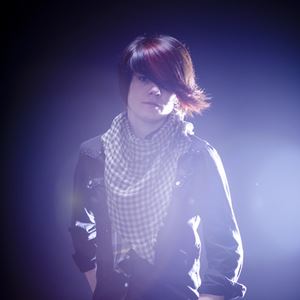 Sonia Leigh's songs explode with gritty vocals and poetically compelling lyrics, equal parts pain and pleasure.
Sonia Leigh is a singer/songwriter hailing from Atlanta, Georgia. With gritty vocals and poetically compelling lyrics, Sonia grabs her listeners with her raw honesty and primal emotion, all while wearing her heart on her guitar strap. Sonia Leigh brings an electrifying excitement to the stage with her unbridled passion and rebellious charm. She easily and immediately establishes a bond with her audience through the sincerity of her haunting voice, soulful lyrics, excellent musicianship and sultry appearance. Although Sonia stands only 5′4”, her powerful stage presence belies her petite stature. Sonia Leigh’s bloodlines run deep in country music (her grandfather was a musician and songwriter) but she soon discovered Blues and Rock and Roll. As a toddler, Sonia banged away on her father’s guitar and by the age of 10, he had taught her chords and strumming techniques. Sonia was drawn to artists from various musical backgrounds, including Bob Dylan, Jackson Browne, Lightning Hopkins, Brownie McGhee, Bruce Springsteen to Melissa Etheridge, The Cure, Everclear, and even Tupac. This musical upbringing serves as the foundation for what has become the unique sound of Sonia Leigh.
Sonia Leigh has written a diverse selection of music over the years. Her first song was recorded at the age of 14 when asked by a family friend to write a song. After hearing it, he immediately set up a recording session at an Atlanta recording studio for a demo. By the age of 21, Sonia had recorded two albums, Remember Me (1998) and Laundry (2000). Sonia has performed all over the Southeast as a solo artist, headliner, and as the supporting act for well known names including Randall Bramblett, Jason Mraz, Jennifer Nettles, Kristen Hall, The Marshall Tucker Band, Georgia Satellites, and the Zac Brown Band.
In late 2007, Sonia Leigh released Run or Surrender, produced by John Hopkins of the Zac Brown Band. Rave reviews and continuous touring to sold out venues in and around the Southeast, confirm Sonia’s homegrown approach to converting listeners one fan at a time. Her current release, Angel on My Shoulder was recorded live at Eddie’s Attic in Decatur, GA, where many Georgia musicians have launched their careers, including Jennifer Nettles and Kristen Hall of Sugarland, Shawn Mullins, and John Mayer. As well as touring throughout the Southeast, Sonia has been playing in select cities throughout the country.