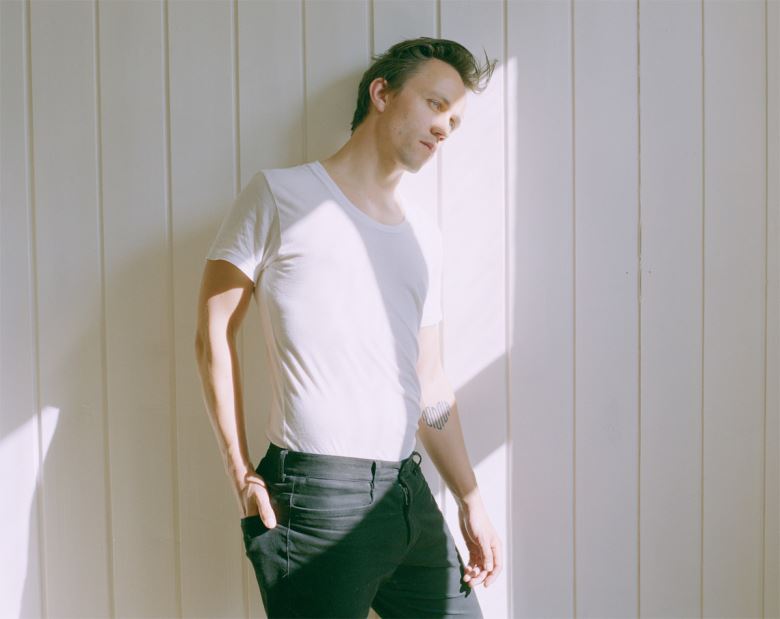 Sondre Lerche Vaular (born 5 September 1982) is a Norwegian singer-songwriter and guitarist. His professional career began in 2000 and over the course of the following years, Lerche and his band, the Faces Down, became beloved critical and commercial successes in their homeland. Later, Lerche would attract international praise and recognition, becoming one of the most internationally renowned and popular Norwegian artists. Lerche is known for the various eclectic styles invoked by his music, which often changes radically from album to album.
Born in Bergen, Hordaland, Norway, the young Lerche was heavily influenced by the 80's music emanating from his older siblings' rooms. Compelled by a defining fascination for bands such as a-ha, The Beach Boys, and Prefab Sprout, Lerche began formal guitar instruction at age eight. Not satisfied with the lessons at school, Lerche experimented with original tunes on his own accord, eventually penning his first song, "Locust Girl" at the age of fourteen. While still underage, Lerche held acoustic performances at the club where his sister worked; Lerche was eventually discovered by Norwegian producer Hans-Petter "HP" Gundersen.
While under Gundersen's mentorship, Lerche was exposed to diverse music genres, including psychedelia, 60's pop, and mainstream Brazilian music, broadening his appreciation for eclectic music styles. Around this time Lerche was also introduced to Oslo-based manager Tatiana Penzo, resulting in a recording contract with Virgin Norway. With steadily growing popularity in his home country, he recorded his debut album in 2000. The album's release was postponed until Lerche fulfilled several academic requirements; in the interim, he was named Best New Act at Spellemannprisen (the Norwegian equivalent of the Grammys) and performed locally as a support act for major acts such as Beth Orton.
Officially released in Norway during September of 2001, Lerche's debut album Faces Down was a chart success in Norway. 2002 saw the album's international release, garnering praise from international publications and critics; Rolling Stone placed it in their top 50 albums of 2002. He embarked on subsequent tours in Europe and the United States. Lerche toured with various acts, including a one-in-a-lifetime opportunity to share the stage with his long-time idols, a-ha. A studio/live compilation EP, Don't Be Shallow, was released in 2003. During the same year, he would have the opportunity to tour with another of his musical idols, Elvis Costello, with whom he would tour once more in 2005.
Lerche's second studio album, Two Way Monologue, was released in 2004. The album displayed Lerche's penchant for experimentation with eclectic styles to an even greater extent than his earlier works, its content ranging from upbeat pop songs to mellow, melancholic tunes. In 2006, Lerche released his third studio album, Duper Sessions. A classical jazz album featuring original songs, as well as a cover of the jazz standard "Night and Day", it was recorded by Lerche and the Faces Down, augmented by pianist Erik Halvorsen, at Duper Studios in Bergen, hence its name.
In 2007, Phantom Punch, a rock album with a distinctly more aggressive sound than his earlier works, was released. Lerche and the Faces Down recorded and mixed the album in Los Angeles in April and May 2006, with producer Tony Hoffer. The same year, he composed the musical score for the film Dan in Real Life. Lerche and the Faces Down also made an appearance in the film itself, performing the song "Modern Nature" as a duet with actress Marci Occhino (the actual vocals were performed by Lillian Samdal). Another song of Lerche's, "Dear Laughing Doubters", was featured in the film Dinner for Schmucks; both films starred actor Steve Carell.
In 2009, Sondre Lerche released Heartbeat Radio. 2011 saw the release of his self-titled sixth studio album, Sondre Lerche.