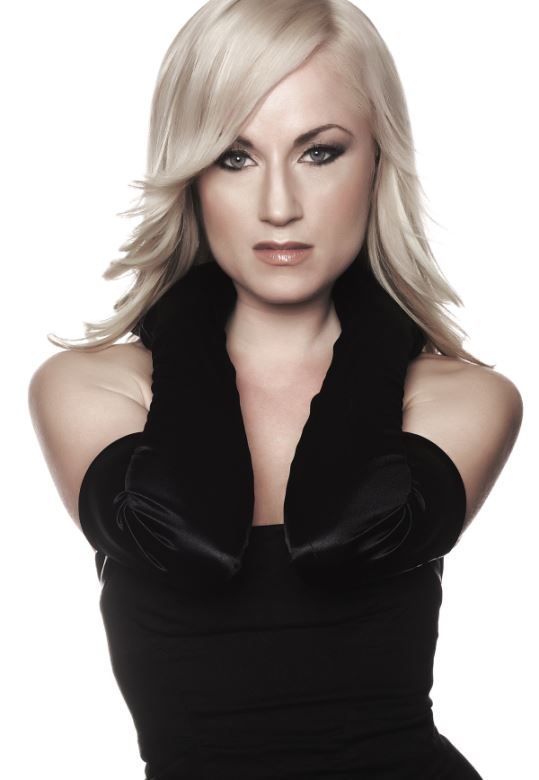 There is more than one artist with the name of Sofia :
1) Sofia Berntson (born 1979 in Stockholm, Sweden), known professionally as Sofia is a Swedish singer who often sings in Greek. She has released three CD singles since 2007 and has taken part in the Swedish song selection process for the Eurovision Song Contest, Melodifestivalen, twice, in 2007 and more recently in 2009.
In 2007, Sofia participated in Melodifestivalen with the song "Hypnotized". The song was described as having a Greek flavor and overall her performance was seen as professional, with her singing with a "very strong voice". The song did not manage to make it to the next round, placing seventh. "Hypnotized" digitally as a four track CD single on February 5, 2007. In addition to the original version, it contained a remix by Oscar Holter, a karaoke version, and a version sung in Greek titled "Ipopta Vlemata" (Suspicious). The song charted in Sweden for two weeks, peaking at number 50 and in Finland where it charted for a week, peaking at number six.
At the beginning of November 2007, Sofia attended and performed at the Thessaloniki Song Festival with the song "Anikse Tin Porta" (Open the door). In Fall 2008, she made her Greek market debut, releasing a two track CD single titled "Pote" (Never). "Pote" is a pop ballad written by Greek-Swedes Nektarios Tyrakis, Dimitris Stassos and Irini Michas. Stassos had previously written "Hypnotized". In addition to the title track, the song "Toso Apla" (That simple) was also included, which is a duet between Sofia and Greek rap group Goin' Through. In early 2009, Sofia released "Pote" in Sweden as a two track CD single, switching the duet with a remix of "Pote".
In February, she once again took part in Melodifestivalen, this time with the song "Alla", sung in Greek. It was written by Dimitris Stassos, Nina Karolidou, Irini Michas, and Henrik Wikström who described it as "a rock inspired ethno pop number, or pop/rock [song] with a cool riff". "Alla" was released as a two track CD single on March 1, 2009 and features a remix made by Oscar Holter.
2) Sofia is a Swedish Power Pop/Rock artist. Sofia hooked up with an impressive list of producers and songwriters, including Butch Walker (P!nk, Avril Lavigne, The Donnas, Simple Plan) and Clif Magness (Michelle Branch, Lisa Marie Presley, Faith Hill) to shape the fuel injected Pop/Rock sound of her debut album, " Lifetraveller " (2005). An album album packed with brilliantly produced pop/rock songs and features a bonus track of Skid Row’s ‘Wasted Time’ with an Evanescence-esque modern touch that closes the album in a very metal way.
Her first single My Bad entered the Top 20-chart during the first week.
3) Sofia is a 22-year old bossa singer in the Philippines.
Sofia became the featured artist in a bossa-inspired album project of Ivory Records by accident. After graduating, she was on her way to Japan to pursue her research scholarship grant to study Hematology when she was asked to help gather research materials for the project, since she was into bossa nova since she was in high school. Aside from helping out for the lyrics, CDs, and other research materials, she was also asked to submit a demo tape so that Ivory Records would know what bossa sounds like. Sofia submitted a demo tape of the song "Desafinado". The record company was impressed, and then she was tapped to be a session singer. Eventually she was chosen to be the featured artist for the album.
Her debut album, entitled Bossa Latino Lite, debuted at number 11 at Tower Records’ Top 25 albums chart and it was certified gold on April 1, 2007.
Sofia's sophomore album was released last December 28, 2006, entitled "In Love With Nova Bossa".
4) Sofia: Search & Destroy, a project of the swedish singer Sofia Allard that makes covers of punk and rock songs ranging from the 70's to the 00's with a slowed down, electronic, lounge feel.
Sofia, a former DJ and Model, has previously recorded and released two albums. First one with the dark and moody electronic duo "Krom" and later with the more dance, upbeat project "Eclectic Bob". On this project her smooth vocal styles transform the songs that you might have herd many times before.

Carl-Michael Herlöfsson: Producer, musician. He has received grammy awards, produced/mixed/played with bands such as Leila K, Timex Social Club, Rammstein, Baxter, Amen, Aha, Ulf Lundell, Weeping Willows, Fleshquartet and many, many more. He is currently working a lot with scoring for film.
5) Sofia is an alternative rock band from Santiago de Chile. There are 2 main singers, 3 guitars, bass, drums, keyboards, violin and backup vocals. The songs that we uploaded are from our EP, which was recorded last year and with very low budget. We intend to record them all over again with better arrangements, along with the new songs so we can complete our first album, hopefully with your help :) in the meantime you can buy our songs from iTunes, Sofia EP is available!