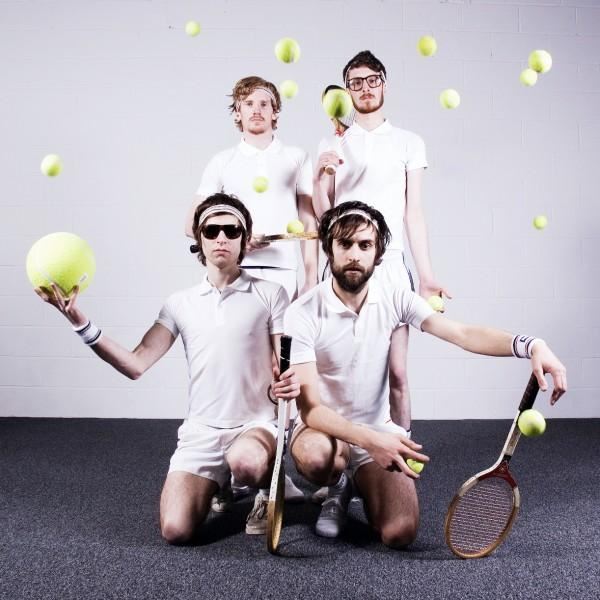 1) SKETCHES is a chamber jazz group (NYC):
Matt Holman, trumpet
Jeremy Udden, sax*
Jarrett Cherner, piano
Martin Nevin, bass
Ziv Ravitz, drums
http://soundcloud.com/sketchesproject/
http://sketchesnyc.bandcamp.com/
Started in 2011, SKETCHES is a Brooklyn-based collective jazz quintet in which each member writes music based on another member's musical idea. Before each rehearsal members post a sketch from their notebook (e.g. any musical fragment, a collection of fragments, an incomplete tune) and another member uses that as the basis for a new composition. Inherent in each piece is the challenge of blending two distinct musical personalities, yet with an ensemble of strong composers and sensitive performers, the results have been as engaging as they are unpredictable.
Volume One, released November 5th, 2013, is SKETCHES' first release after working on this concept for over a year – writing, rehearsing, and performing in New York's Small's Jazz Club and Douglass Street Music Collective – until a cohesive set of material was ready to record.
Members of the project are leaders of their own bands and all in-demand sideman as well, having performed and/or recorded with Lee Konitz, Fred Hersch, Darcy James Argue, Joe Lovano, Steve Lacy, George Garzone, Aaron Goldberg, Aaron Parks, & Esperanza Spalding, among many others. They have also garnered multiple accolades from the Young Jazz Composer Awards, the BMI Foundation’s Charlie Parker Jazz Composition Prize/Manny Albam Commission, as well as both national and international performance competitions
2) SKETCHES (rock group)
http://www.sketchesmusic.co.uk
http://www.myspace.com/sketchesband
Truth be told, 24 hours ago Sketches were yet to be penciled into my brain but now they've scribbled all over it and I can't rub it off.
Dots & Dashes Blog
It would be very hard to overstate exactly how good this single is or in fact how good Sketches are as a band. This single is creative, beautiful, well crafted, catchy and upbeat.
Leeds Music Scene
Hauntingly he sings ‘we are all animals/we’ve been defeated...We may all be animals, but music like this makes you proud to be human.
Disappear Here Mag
Sketches are solid. In fact they're more like etchings. In mahogany.
NoTitle Mag
Two strong vocals, badass drums and rhythmic breakdowns. 5 out of 5 for musical talent.
Willy Mason
Some of their stuff is urgent, groovy indie, some of it is rolling, big, tuneful but angry music, and some of it, creeping, atmospheric, almost soundscapey emotional indie. The singer's voice is really strong and has a lush tendency to go all high halfway through word, which makes something drop in my gut when I listen.'
Marsha Shandur, XFM London
If John (Peel) was alive today, I'd be on the phone to him right now about you guys.
Sparrow Harrison