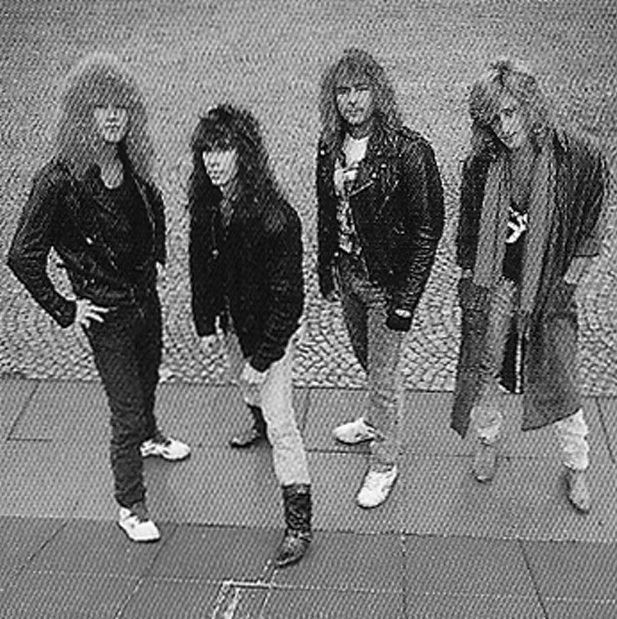 1) There are ten bands and one electronic music producer called Siren.
2) Siren is a drum and bass team founded by Vicious Circle and Ruxspin from Universal Project.
The First is a british blues rock/folk pop band that recorded from 1969-71 headed by Kevin Coyne on vocals and guitar.
The second is an american progressive metal / heavy metal band from Tampa, Florida, formed in 1981. They have a three releases - "Metro-Mercenary" EP in 1984 (self released), "No Place Like Home" in 1986 and "Financial Suicide" in 1989. Their vocalist, Doug Lee, is also appeared on three studio albums of the german progressive thrash metalers Mekong Delta.
The third is a melodic anarcho punk from California, USA. They released on album for Day After Records called "Becoming Wheels". The vocalist, Brian Zero is a columnist for Maximum R'n'R zine.
The fifth one is a Swedish rock/metal-band based in Tumba, a suburb to Stockholm. They have a bit own sound and have released two demos so far, the first one called Prelude released in 2005, the second one called Dark Thoughts, released in 2006.
The sixth one is a drone/psychedelic solo project from California. Under the Siren pseudonym, Bethany of Pocahaunted takes a step back from the duo spirit jams to ride upon a beam of melancholy that is spiraling slowly into silence. Her debut 'Living Light' relies on a simple palette consisting of Bethany’s lovely voice, a guitar, and plenty of reverb for twenty minutes. Both tracks are like a looped descent into the spirit world tapped by Pocahaunted but approached with much more trepidation and a lot less volume.
The seventh is a Black Metal Band from Germany close connected to NSBM-Band Absurd. The Band was active between 1995 and 1998 as a one-man-project of Richard Neu. 3 Demos and an EP were released. Siren was the first band to play the track "Colours of Autumn", today connected with Absurd, although Hendrik Möbus wrote the lyrics for this track.
The eighth Is a Hardcore Punk Band from the U.S. They were female fronted and featured Issa from Good Clean Fun on bass. They had one 7" record out called "The Struggle goes On" on Reflections.
The ninth is Brandan Hale AKA Siren... Hailing from Oregon and now settled in San Francisco, Siren is another new west coast find that has been making his distinctive mark on midtempo breakbeats and dubstep.
With a background of metal influences and playing piano, saxaphone, drums in punk, ska and metal bands, Siren brings both melody and unforgiving edge to his productions. Already making headway with touring the ‘bass’ scenes of the US west. His forthcoming release on Muti Music ‘Spawn’ is clearly the first of many releases to come.
Expect bass that hits you in the gut, raw and pounding lead riffs and some epic instrumental accompaniments, truly made for ‘large’ environments or the most urban of cellars.
The Tenth is an alternative rock band hailing from London. Siren are a new and upcoming band consisting of Scarlet Billham on lead vocals with her unique and captivating voice, and Sam Yung on the drums, who is known across Youtube for his Paramore Piano Covers. Sam Ayling, Alex Fowkes-Smith and Rob Jones make up the guitar section of the band. Already creating interest in the industry, Siren continue to create original and ear catchy melodies. http://www.facebook.com/#!/pages/Siren/325845815086?ref=ts
The Eleventh Siren is an all-female hardcore punk band from Sittard and Maastricht, The Netherlands. Founded in early 2005 . Siren ceased to exist in the half of 2008. They released 1 album with 4 tracks called Siren. It features, Winter, Another Heartache, Accelerate and Survival of the Slickest.
2) After years of success in their relative drum and bass production outfits, Siren is a collaboration of Vice from Vicious Circle and Ruxspin from Universal Project.
Their debut album, "Broken Silence", forthcoming in autumn 2010 on their own Siren Records has been doing damage on the DJ circuit for some time now. Tracks such as ‘Snorkel’ (included on Andy C’s Nightlife 5 compilation), ‘Gumball Rally’, ‘Rollers Convention’ and ‘Broken Silence’ have been staples in the sets of everyone from Andy C to DJ Marky to Fabio and Chase and Status, as well as the new breed of artist producers such as S.P.Y, Spor and Jubei.
Over the last 10 years Universal Project are responsible for hits such as ‘Vessel’ on the Virus imprint, ‘Haunted Dreams’ on their own label Universal Project and an EP on DJ Hype’s True Playaz, as well as ‘Streetilfe’ with DJ Friction for Advanced Recordings and many Renegade Hardware smashers such as ‘Danger Chamber’, ‘Comin’ Thru’ and the Black Techno EP. The Universal Project sound is B-Boy breaks with techno elements and dubwise bass, and everything in between.
Vicious Circle broke through in 2005 with their monster remix of Universal Project's ‘Jackhammer’ and have been destroying dancefloors ever since with their unique sound. Releases such as ‘Between the Lines’ and the ‘Welcome to Shanktown’ EP on Renegade Hardware pushed them to the forefront of the tech dnb scene. Subsequent releases on Digital Soundboy, Critical and Quarantine displayed a diverse style that has helped establish them as heavy hitters across the board whilst collaborations with high profile artists such as Chase & Status, Dom & Roland, Fierce and most recently Jubei clearly demonstrate the respect they command from their peers.
After spending a lot of time in the studio together Vice and Ruxspin decided to create a new guise for their own brand of rolling future funk. Siren is the result. Both artists in their own right have toured the world from the farthest reaches of Europe to the United States and Asia, consistently destroying dancefloors and gaining a reputation as masters of their craft. The aim of this duo is to cover all styles within the scene and not be constrained by subgenres, whilst still maintaining a dancefloor ethos which is true to their UK roots.
Already much talked about and tipped for big things, Siren is the new act on everyone's lips. Watch this space.