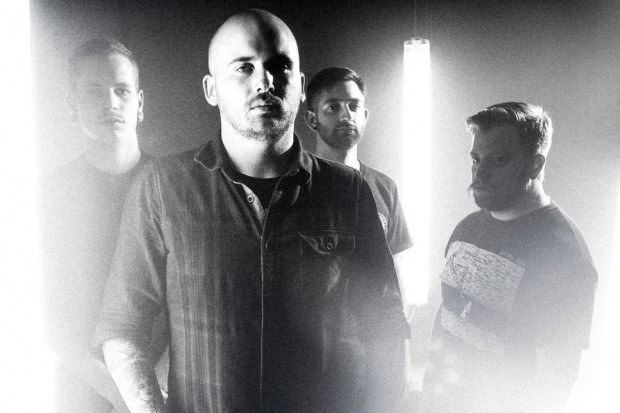 There is more than one artist with this name:
1) SEEKER is a hardcore band from Austin, Texas.
2) Seeker are a Pop-Soul band based in Brighton, UK fronted by Jen Jarvis, who’s vocals have been likened to the Sugababes, Norah Jones and Sia Furler. Other core members of the band are songwriter and guitarist Adam Jarvis, and Hannah Bell who provides beautifully constructed backing vocals.
3) Seeker is the solo dark ambient project of Xardas, a Lebanese musician.
---
1) SEEKER is a hardcore band from Austin, Texas comprised of ex-members of Die Young, VITALITY! and Layin' It Down. Initially formed as an idea in Gjared Robinson's head in 2007, the songs were written and recorded digitally using a 4 track and a drum machine by him alone. Knowing what the music meant to him, he set out to find individuals who could share in the passion and energy or the band to attempt to transcend the ideals and themes that modern hardcore seemed to be embracing. David was living in San Francisco at the time, and upon hearing the songs, knew that this band was something that spoke to him, and moved back to Austin to become the vocalist. After recruiting Josh Coronado and Colby Holliday, and enticing RJ Truth out of retirement, Seeker had the components of a straight edge band that could inject energy into a genre gone stagnant.
Seeker plays a style of hardcore that commands the listener's attention with groovy beats and guitar licks, but also brings the fire and passion that makes hardcore such a unique outlet for the world's youth.
---
2) The style of Seeker is a unique blend of Soul and Pop with a good measure of attitude. The general sound of the band has evolved over the years as they have experimented with new sounds and technology, and successfully merges confident pop music with a soulful acoustic vibe, solid grooves and ear catching instrumentation. The songs are well written and very catchy. They’ve had a huge amount of positive feedback from fans, fellow musicians, venues and promoters, saying that they love the unique sound of the music and that there’s nothing quite like it out there at the moment.
They recently released a 4 track EP which they are selling at gigs and have had excellent feedback from it, including interest from a independent film maker and remix offers from London and Brighton based DJs.
The band have played a wide variety of venues around the UK, including the Komedia (Brighton), the Halo Bar, London (event run by Michelle Escofrey and previously graced by Corinne Bailey Rae and Nate James), the Orange Rooms, Southampton (previously played by Alice Russell, Morcheeba & Giles Peterson). They have the potential to be a huge success in the UK and abroad.
Seeker recently got through to the last 12 out of 500 bands worldwide in the first www.slicethepie.com showcase, purely on ratings and reviews from anonymous music fans and producers, including reviews like this one for the song ‘Turnin on the Lights’: ''This is a beautiful song. I am a hip hop artist and this is my new favorite song. Well composed, well written, well recorded, and extremely inventive. Better than whats currently on the radio in that genre.''
''This band exudes class. Play them anywhere and anytime to capture the hazy, good feelings of sunny days.'' (Tilting Sky Magazine)
---
3) Seeker (Lebanon), the manifestation of the will to power, was invoked by Xardas (20.SV) to the earthly dimensions in year one after two thousand. Its existence is of a transcendent one, it’s the path of self-illumination rising from its most disciplined practice to its most oppressive trance inducing rituals. Seeker was first summoned by the Finnish obscure label, Cthulhic Dawn Productions, in year four after two thousand and since then the invocations were spawning forth on tape formats till the present day. In year six after two thousand the U.S based label, Autumn Wind Productions, proposed the summoning of the first invocation on an enhanced audio format. Thus, the first ritual of self-awakening shall be unleashed an on luxurious CD with a 4 panel cardboard 7”EP in July, 2007 bringing forth the darkest and most ritualistic frequencies of will to power that ever emerged on planet earth. Submit to The Power of The One.
---
http://www.myspace.com/xseekerx