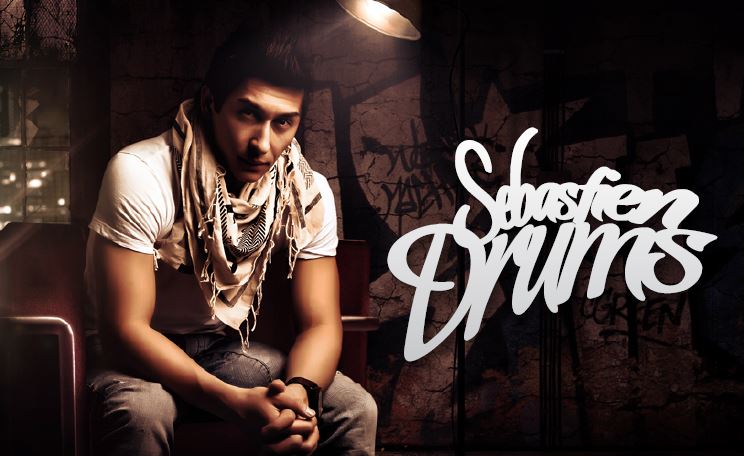 Sebastien Drums has confirmed his position fronting the new generation of electronic talent.
His mega hit ‘My Feelings For You’ produced with Avicii is a sample of the mighty Cassius original. Released during Miami WMC this year it quickly became a massive super hit. Number 1 on Beatport for a month, this track has been playlisted by some of the worlds biggest DJs; David Guetta, Bob Sinclar, Laidback Luke, Roger Sanchez, Robbie Riviera, whilst being repeatedly played by Pete Tong on Radio 1 and licensed to many heavyweight labels like Superstar (Germany), Vicious (Austria), Work Machine (France) Vendetta (Spain)…
By the age of 11 Sebastien Drums had fallen in love with electronic music and was already heavily influenced by the French electronic wave - Daft Punk, Cassius, Bob Sinclar, Thomas Bangalter, Antoine Clamaran by the time he decided to start DJing.
From 2006 to 2008, Sebastien was resident at the Palas, a well known electronic club where he played along side Axwell, Steve Angello, Benny Benassi & Little Louie Vega. In that time Sebastien collaborated with Rolf Dyman on many remixes for Antoine Clamaran (Get Down), Alex Gaudino (Que Pasa Contigo), David Vendetta (Break For Love), Sandy Vee ( Be Together), Celeda (The Underground) and even Dj Ralph (Keep On). His remixes were played by the likes of Erick Morillo, Laidback Luke, Roger Sanchez (upfront track in his radio programme ‘Release Yourself’).
In September 2007 Sebastien decided to launch his own label ‘Work Machine’, a much respected house music label that signed artists and remixers such as Thomas Gold, Mischa Daniels, Afrojack, Roman Salzger, Tristan Garner & many more.
2009 was the year of success for Sebastien with notable releases such as ‘Funky Beep’ which had huge success during the 2009 Miami Winter Music Conference and received the support of Axwell, Sebastian Ingrosso, Laidback Luke, Chris lake, David Guetta, Arno Cost, Norman Doray & John Dalhback so much so that it became a huge Ibiza anthem during summer 2009.
It was March 2009 when Sebastien met Avicii and the two artists decided to collaborate. They have worked together on many projects such as, ‘Big Colossus’, ‘Wet groove’, ‘Pastis’, and ‘Even’, which was a great success immediately playlisted by the likes of David Guetta, Dirty South, Axwell, Mark Knight & Benny Benassi. ‘Even’ was subsequently charted TOP 10 by the Swedish House Mafia during summer 2009 and also in many charts on Beatport, compiled by CR2, whilst being playlisted on the radio show ‘Fuck Me I’m Famous’ and also Eddie Halliwell on Radio 1.
New for 2010, Sebastien’s latest release, ’Tweet it’ with Tim Berg and Norman Doray has just been signed to Size records (Steve Angello’s label). This track has already received huge support from the Swedish House Mafia in their live sets, and is hugely popular among DJs around the world including Bob Sinclar, David Guetta, Laidback Luke, Dirty South and Roger Sanchez whilst already climbing the chart on Beatport…