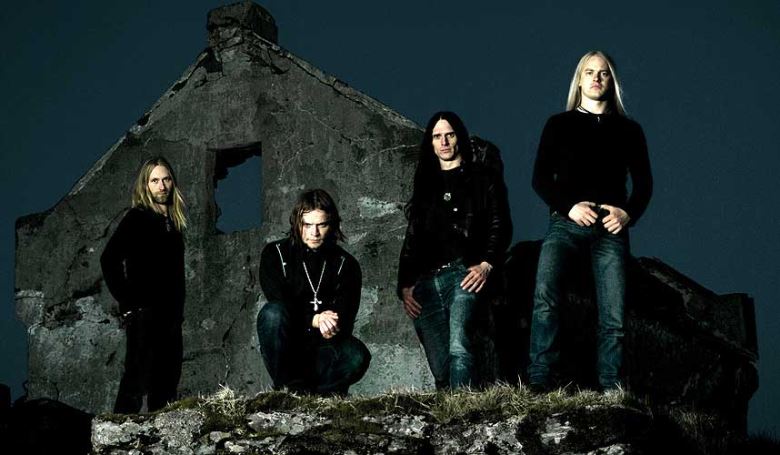 After many years of involvement on different ends of the Norwegian rock and metal scene, four hard rock devotees teamed up under the name Sahg, in the late summer of 2004. The members had gained long and wide experience – together and each on their end – from bands like Gorgoroth, Audrey Horne and Manngard, in which they were and still are engaged. Still, they had a craving to form this new band, and when it finally came together, the ball started rolling pretty quickly.
Already by the end of 2004 the first rough demo was distributed to a limited number of record labels, among others Swedish label, Regain Records. The record company responded very quickly and positively, and within another couple of months, the record contract was signed.
Throughout the winter and spring of 2005 Sahg worked on the material for their first album, and at the same time built up quite a solid reputation from their live efforts on the club scene of their hometown, Bergen. Sahg I was recorded and mixed throughout the summer and fall of 2005.
Shortly after the studio process was completed, drummer Kvitrafn left Sahg. But the band continued their determined work, and created the artwork for the album single-handedly themselves. Also, the video for Godless Faith was shot in October the same year. In short, 2005 was a very busy and eventful year for the band, going from newly started garage band to up-and-coming doom rockers with a worldwide album release coming up.
After the massive praise following Sahg I, in 2006 the band took the stage on both the great Norwegian metal masses, Inferno and Hole in the Sky, before heading out on a four weeks tour of North-America, as opening act for Celtic Frost. Upon the return, new songs were already materializing, and the foundation for a second album started to take shape.
Before the break of spring 2007, Sahg had started recording, but were destined for a windy, bumpy ride that would make the creation of their second album a tedious affair. After having put the first three songs down on tape, the studio was torn to the ground by the landlord, and Sahg was sent on a lookout for somewhere else to finish their work. In the meantime, they took on Wacken Open Air with fire and lightning, and returned to the new studio with renewed inspiration.
The midsummer weeks by the West Norwegian ocean side was the fairest the band would see during the studio process. Technical mishaps and unfortunate decisions soon started to take their toll on the patience of the band. Unforeseen obstacles kept getting in the way, like a misfortune that had been cast upon them. Thus, Sahg spent the remains of 2007 recording and mixing the new album. But the strife, the frustration and despair have left their trace within the tracks, and added another dimension of pitch black energy. A genuine blessing in disguise.
Then, upon the dawning of 2008, less than two years after the debut, Sahg II, a new compilation of murky heavy metal was unleashed. Untraditional sounds coming from Norway, yet carrying loads of heavy metal tradition in every other way. The inspiration from Pentagram, Black Sabbath and Led Zeppelin is still present, but Sahg II also breaks limits on both ends of the musical scale compared to its predecessor; more fast, energetic fury on Ascent to Decadence and Pyromancer, and further into psychedelic atmospheres on Escape the Crimson Sun and Monomania. In total, an uncompromising and dynamic album that stretches the band to its limits, when it comes to musicality and songwriting. Sahg II was mixed by ex-Anthrax guitarist, Rob Caggiano.
Shortly after the release, Sahg headed out on a European tour, supporting US doom legends Trouble. In October the same year, the band toured India, performing at five open air festivals throughout the country.
Live appearances are confirmed at several festivals during the spring and summer of 2009. In 2010 Sahg released their third studio album Sahg III. They appeared at the venue John Dee on the festival by:Larm. Rumour has it that Sahg will release their fourth album in 2013.