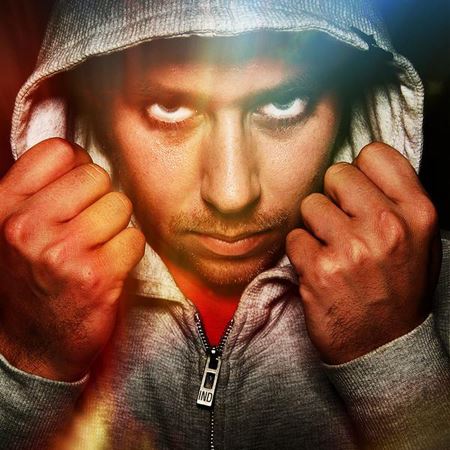 House music: it's more than just a feeling. For young turk Richard Dinsdale, it's a way of life.
Although only a sprightly 24 years old, this new kid on the house block's been living, breathing and bleeding dance music for the best part of a decade. His mouth-watering mix of tech-tinged electro and bass-heavy house is a regular fixture at leading London nightspot The Cross, his solid, groove-led productions snapped up by UK labels Renaissance, Kinky Vinyl, Big Love and Toolroom. He also counts some of the scene's most successful movers'n'shakers - Erick Morillo, Mark Knight, Seamus Haji, Trophy Twins, Plump DJs - among his famous fans.
So where did it all go right for Richard?
Skip back to the late Nineties, when as a schoolboy he got his first introduction to club culture through his elder sibling. "He used to go out clubbing and have his mates come round the house" he recounts. "They would be on the decks and then when they'd go out, I'd stay up listening to radio and recording sets" He was hooked. Which, given his family's own love of music, is unsurprising. "Even when I was very young I remember my mum used to listen to old Motown records!" Disco's clearly in the Dinsdale blood.
Bitten by the house bug, 13-year-old Richard got himself a pair of decks. "They were a pair of really dodgy belt drives! One broke, so I ended up hooking a tape player to the mixer, just so I could still practice on the other one" It was an unorthodox method, but while his school friends were busy on PlayStations and the like, Richard was busy honing his talents. So much so, in fact, that he was a winner of Muzik magazine's Bedroom Bedlam award a couple of years later.
He eventually got enough money together to buy himself some infinitely more swish Technics, and, aged 17, bagged himself a gig at infamous south London rave den The Chunnel Club.
"Around that time Pete Wardman from Trade had taken me under his wing" he says of his early days on the circuit. But his love of hard dance gave way to house very soon.
"I was really into labels like Subliminal, which was a cross between hard disco and house.
I realised that this was the music for me"
His newfound love of house, not to mention the nationwide leg-up Muzik had given him, hadn't gone unnoticed on the scene: he got himself a deal with Represents, Seb Fontaine's DJ agency, and a gig at his flagship London club Type followed soon after. This was in March of last year,
and was a turning point for Dinsdale. "It was a warm-up set for MYNC Project and I packed it out; everyone from the main room were coming through to the second arch for my set" he beams fondly. A month later, he was playing in the main room as a resident, being asked to play album launch parties by Subliminal's head honcho Erick Morillo, even playing the Radio 1 stage at that summer's Glastonbury festival.
Practice makes perfect, and Richard was going great guns - but not just in the clubs, either.
He'd been working on music with Brighton-based friend James Day, who gave him studio time
in the studios of Skint Records, and started producing his own material. Now, not only has he released tracks and mixes for the aforementioned labels, he's also remixed the title track of
2005 horror flick 'The Skeleton Key', creating an Ibiza backroom favourite in the process.
And right now, it's his production work that's taking centre stage in his life. And with his teenage years making way for his early 20s, his enthusiasm for the beat of the house drum is stronger than ever. "It's been a great year because things are going underground again. Up-and-coming producers are driving the scene and people are starting to pick up on new styles like electro and European sounds rather than plain old house music," he enthuses. "Commercial house isn't so popular anymore, and the people going out clubbing now are the ones who are truly into it so much more."
With his residency at Type continuing unabated, not to mention plans for his own artist album, Richard is all set to break through big time this year. In fact, he's going to be writing his name across 2006 very large indeed.