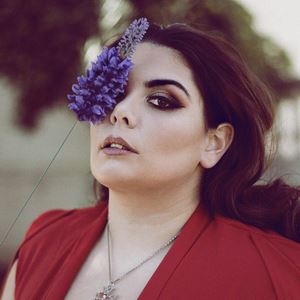 there are more than 1 artists with the name Rhiannon.
1) Rhiannon - [http://www.rhiannonmusic.com/]
Rhiannon is a vibrant, gifted singer, composer and master teacher who has been bringing her potent blend of world music, jazz, improvisation and storytelling to audiences for over three decades. Her journey took her from a South Dakota farm to New York, where she studied theater and earned her MFA from Cornell University. For the next ten years, she worked as a singer, actor and director in New York, Chicago and San Francisco. Her richly expansive and experimental vocal style is greatly influenced by her early life on the South Dakota prairie, the vibrant musical cultures of these cities, as well as that of coastal northern California, her current home of many years.
In 1976 Rhiannon co-founded the groundbreaking all-woman jazz quintet, Alive! This pioneering group toured internationally and released three albums during their ten years together. She is also a founding member of the innovative a cappella ensembles Voicestra and SoVoSo'.
In addition to her ongoing solo performing and recording career, and her current ensemble project, Bowl Full of Sound, Rhiannon enjoys a longtime musical collaboration with vocal improvisation master Bobby McFerrin. From 1986-1992 she was a member of his 12 voice orchestra, Voicestra. In 1993-94, Bobby formed the improvisational quartet, Hard Choral, featuring Rhiannon. In 1997 she recorded "Circlesongs" with Bobby, and has been a featured soloist on his U.S. and European Voicestra tours since 1997.
Rhiannon's love of music, theater and the unexpected has resulted in collaborations with poets, storytellers, performance artists, ritualists, visual artists and dancers around the world. These include composing and performing a solo a cappella score for San Francisco's acclaimed dance company ODC and choreographer, Brenda Wey; a commission score for Maya Angelou's historic inaugural poem "On the Pulse of the Morning," and ongoing teaching and performance with Ruth Zaporah, renowned founder of Action Theater. Rhiannon has also created a solo performance piece, "Toward Home," presented in improvisational theater, monologue and song. Portions of this show were recorded on Rhiannon's 1992 CD of the same title. "Toward Home" continues to be refined and offered as a theatrical production, and is currently in development as a film.
For many years Rhiannon has been on the cutting edge of vocal improvisation and performance art. She has appeared at Monterey Jazz Festival, Montreaux Jazz Festival, Vancouver International Folk Festival, San Francisco Jazz Festival, Montreal Jazz Festival, North Sea Jazz Festival, The Restless Gravity Festival (Wales), The Festival of Romance (New Zealand) and many others.
Rhiannon currently performs and records with Bowl Full of Sound, a unique and compelling musical ensemble combining the instrumental virtuosity of Jami Sieber, electric cello, with fellow improvisational vocalists Joey Blake and David Worm bringing an additional element of spontaneous combustion with their inspired singing and innovative use of mouth/body percussion and sung bass. They released their first CD, "Out of the Blue" in 2003, produced by Rhiannon.
Teaching has also been a strong and continual theme in Rhiannon's professional life. In clinics and workshops around the world she teaches her own unique vocal improvisation process, developed over a period of thirty years. In addition to her own workshops, she has taught collaboratively with Ysaye Barnwell, Joey Blake, Keith Terry, Frank Martin, Ruth Zaporah and Marion Rosen. In October 2000 Rhiannon released "Flight: Rhiannon's Interactive Guide to Vocal Improvisation" (Sounds True). This unique 2 CD package is the realization of her vision to provide singers and musicians a learning experience that is challenging, entertaining and joyful.
Rhiannon is deeply interested in the relationship between music and healing. In 1994 through 1997 she went to the Balkan region and India where she participated in social change programs for refugees and for the Ganges River that included music and improvisation. After decades of exploration in her performances, teaching, and personal life, Rhiannon has created a Sound Healing Program. Initially introduced through the San Francisco-based Institute for Health and Healing and supported with a seed grant from Marin Arts Council, Rhiannon is bringing her experience and her gifts to the hospital and hospice settings, creating improvised music in private sessions for terminally ill patients and premature infants.
First and foremost, Rhiannon is a singer- a captivating entertainer and a true collaborative artist, with a vision of music as a vehicle for healing, transformation, and social change.
2) rhiannon from austria play music in tradition of medieval gleemen since 2002.
the members (2011) are "raban", "finja", "drosselbart" and "wubartl"
2007: first album "was solln wir darzou kalzen?" released
their motto: "lärm ko ma ned leise mochn!"
3) Rhiannon is a Polish band, from Wrocław, that sings "celtic" music.
https://soundcloud.com/rhiannoncelticband
https://www.youtube.com/channel/UCp6ceRslSplb4t_Wr2faGRg