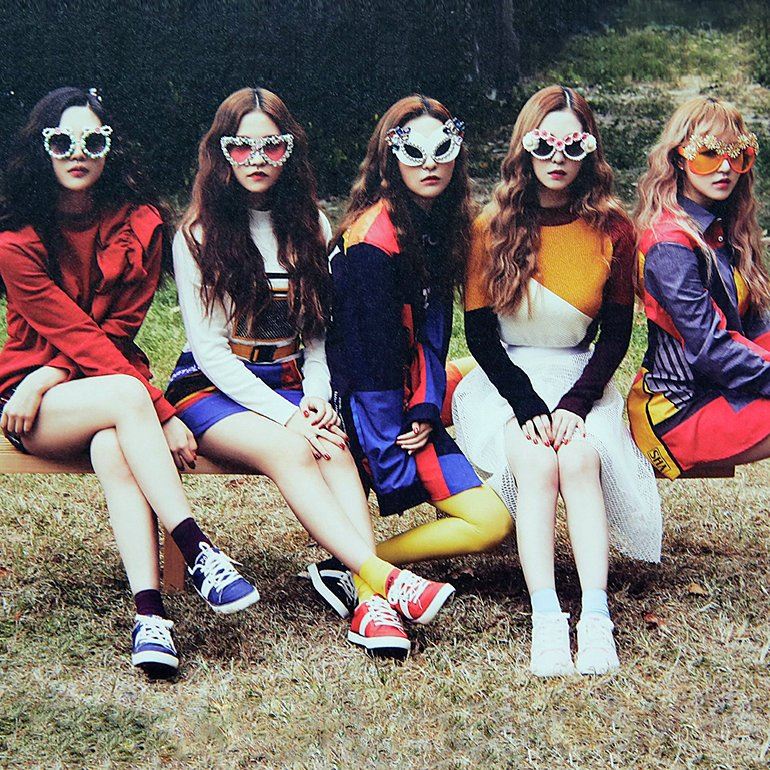 Red Velvet (레드벨벳) is a five-member South Korean girl group formed by S.M. Entertainment in 2014, origin from Seoul, South Korea. They made their debut with the digital single "행복 (Happiness)", which was released August 4, 2014. The group originally consisted of four members: Irene, Seulgi, Wendy, and Joy. Yeri was added to the group in March 2015.
Three of the original four members of Red Velvet were previously part of S.M. Entertainment's pre-debut team, S.M. Rookies. Seulgi, the first member who joined the agency, was brought in through an audition in 2007. Irene, the next member to join the company, was cast in 2009. Wendy auditioned through the SM Global Audition in Canada in 2012. Joy, the member who wasn't part of S.M. Rookies, auditioned through the SM Global Audition in Seoul in 2012.
As part of S.M. Rookies, several clips of Irene, Seulgi and Wendy were released on S.M. Entertainment's official YouTube account. The three members were rumored to debut as a group in July, which was then confirmed by S.M. Entertainment. With the addition of member Joy, the four-member group would debut as Red Velvet, S.M. Entertainment's first girl group in five years after f(x).
Red Velvet's debut single "행복 (Happiness)", was digitally released on August 4, 2014, through various South Korean online music stores. The music video was released on August 1, and later become the second most viewed K-pop video worldwide in August 2014, on a same day the group made their official debut stage on the music program Music Bank.
Red Velvet released their second digital single "Be Natural", a remake of a song by S.E.S., on October 13, 2014. The group started their promotional activities for this release on October 9, making their first appearance on the music program, M! Countdown. The music video for the song was released during the same day.
On March 11, 2015, SM Entertainment announced that the group's first mini-album will be called "Ice Cream Cake" and was released on March 15. On the same day, they released a video announcing the addition of a new member, Yeri, to the group's lineup. Yeri was formerly part of S.M. Rookies with Irene, Seulgi and Wendy. "Automatic", the group's first music video featuring Yeri, was released on March 14.
On March 13, S.M. Entertainment announced that the group will be promoting their album through the program, Ice Cream TV, which will be streamed through Naver Music and will be hosted by SHINee's Minho. The members will talk about the album, share their thoughts about their upcoming 'comeback', and perform their songs live in the show. On March 15, it was announced that both "Automatic" and "Ice Cream Cake" will be promoted as double lead singles off the album. The music video for "Ice Cream Cake" was released on March 15.