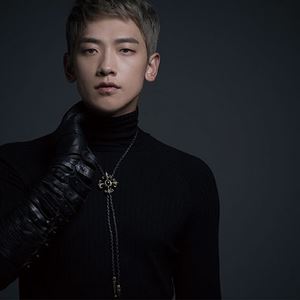 Rain can refer to several artists. For the Korean pop artist, see 비.
Quick Reference List:
- emo/post-hardcore band from Washington, D.C.
- American psychedelic/progressive rock band who released one album on the Project 3 label in 1972
- industrial metal band from Switzerland (now Sybreed)
- English progressive rock artist
- improvised group from New Zealand
- Hip-Hop artist from United States
- Russian hip-hop artist
- Hip-Hop artist from London
- Czech metal group
- Belgian hardcore band
- synth-pop band from Virginia
- underground rapper from North Carolina/New York
- band from Liverpool
- Pop band in Indonesia
- Italian heavy metal band
- South African Christian alternative group
- A Manchester three-piece (2001-2004), "The Rain Band"
- Norwegian AOR/melodic hard rock band
- Sludge/post-metal band from Antwerp, Belgium
Expanded information list:
1.) Rain (Real name: Jeong Ji-hoon [정지훈], born 25 June 1982) is a male Korean pop singer. Please correct your tag to 비.
2.) Rain, Washington, D.C. emo/post-hardcore band, forming in the mid 1980s. Rain recorded demos in the mid 1980s before releasing "Worlds at War" on the "state of the union" compilation in 1989. In 1990, they released the six-track "La vache qui rit" 12" EP on Peterbilt records (managed under Guy Picciotto), however, it may have been released earlier.
Members included:
Eli Janney - drums
Jon K. - vocals/guitar
Scott McCloud - guitar/vocals
Bert Queiroz - bass
(note: Eli Janney is the brother of Eddie Janney of Rites of Spring.)
3.) Rain is a metal band from Switzerland, formed in 1997 by guitarist and programmist Drop C. Its style is blend of industrial, black and dark metal. Drop C was only 13 years old when he composed and recorded "Shadows", the first demo (entirely instrumental). One year later, he met singer Sin and together they composed and recorded their first album "Sephiroths". Joined by second guitar player Blast and bass player Scowl they went on to release their second album "Natural Order". The release of this album gave them the opportunity to tour extensively in Switzerland and France. During October and November 2001 they composed their third album "Starlight Extinction". In June 2002 singer Sin left the band. The split was reported to be on friendly terms.
The band split up in February 2004.
4.) An English progressive rock artist who releases his music for free on the net:
www.telosmusic.net/index.htm
He has currently produced just one full album "Cerulean Blue" (2004), which could best be described as a progressive/orchestral rock opera.
Cerulean Blue consists of seven tracks, each introduced by the narrator; Rob Brown, who has appeared in the major BBC adaptation of Chaucer s Canterbury Tales. Other contributors include the saxophonist Iain Ballamy, winner of the BBC Award for Innovation in Jazz. The album tells the story of a young man's journey across America. The music is reminiscent of Pink Floyd, Sigur Ros and Peter Gabriel.
5.) An improvised group (consisting of Danny Butt, Kim Pieters and Peter Stapleton) from New Zealand, tending towards an organic clatter built up through acoustic bass, guitar and percussion workouts. Very similar line-up to Flies Inside The Sun (less Brian Crook of the Renderers).
Released two album; Sediment (1995) and Sycamore (1997) on Metonymic label.
6.) Rain (also known as Alex Rain, Wet Case or Crackpot) born on 25 March 1987, is a russian hip-hop artist who has collaborations with such MCs as Lil' Kan, Дикфорс, Дима Севенди, Слог etc. He has got several unreleased albums and one internet-release.
7.) A czech metal group from a small town Nové Město pod Smrkem. Official site.
8.) Rain was a Belgian hardcore band from Antwerp in the nineties. They released one self-titled album in 1997.
9) Rain is a so called Aor band.
Line-Up: Michael Bormann : Vox, Bass, Keyboards / Per Helge “Peppa” Bruvoll : Drums, Backingvox / Lars Forseth : Guitars, Backingvox / Tore Moren : Leadguitar, Backingvox
RAIN was founded in 1997 as a result of a project started by Lars Forseth and Sonny Crow from the band Bankok Babes. They were soon joined by the Bangkok Babes drummer Per-Helge “Peppa” Bruvoll, and guitarist Tore Moren from Jorn, Arcturus and Carnivora among others. They looked around for a vocalist for some time without luck. Lars then went on a holiday to Rhodes to relax his soul. In the biggest live venue in Rhodes city, the Colorado Club, he saw and heard Michael Bormann (Jaded Heart, Bonfire, J.R. Blackmore, Zeno, etc.) perform some numbers that caught his im-mediate attention. The chemistry between Michael and the other guys was a sure thing from the first minute.
They were now joined by bass player Audun Norgaard. The boys had built up a strong set of own songs and cover songs, and was ready to meet the public.
10) Rain is/was a synth-pop band formed in the mid 90's in the Norfolk Virginia area. At least two of the members' were in the U.S. Navy when they formed. One of their albums/Cd's,(maybe their only one is called Times of Passion).
11) Rain is an underground rapper from North Carolina [USA], but now resides in New York.
His MySpace page > http://www.myspace.com/rain910
12) Rain were a band from Liverpool who released one album in 1991 - A Taste of... containing the single Lemonstone Desired. There is a dual retrospective album Liverpool : The Calm Before The Storm, with similar band The Real people.
See: http://www.discogs.com/artist/Rain+(5)
13) Rain are an Italian heavy metal band playing 'Traditional heavy metal/Power metal' with 5 studio albums under their name since the 1980s till 2008.
http://www.metal-archives.com/band.php?id=5003
http://myspace.com/raincrew1980
14) Rain was a South African Christian alternative group in the 1990s, releasing albums such as Daydream and Legend of Veronica.
15) "The Rain Band" were a Manchester three-piece signed to Universal/Island ('Temptation Records') in 2001. They split in 2004. See separate entry under "The Rain Band"

16) Rapper, poet and story teller, Rain grew up in Peckham, South East London.
She released her debut mixtape “Walk With Me” September 2011.
http://rainfreedommusic.com/