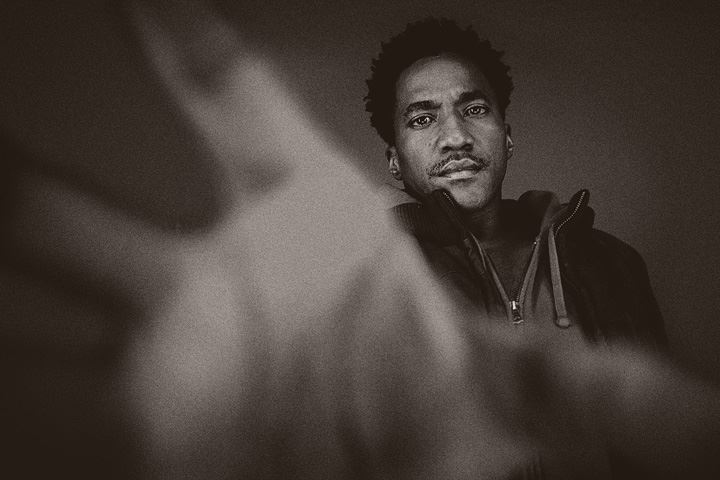 Jonathan Davis (born April 10, 1970 in Harlem, New York), also known by his stage names Q-Tip, Kamaal the Abstract and The Abstract Poetic, is an American Grammy Award winning rapper, actor, producer and the former leader of the group A Tribe Called Quest. He converted to Islam in the mid-1990s and changed his name to Kamaal Ibn John Fareed. He later moved to Jamaica, Queens, New York as a child. As referenced in the song "Check the Rhime", he mostly resided at Linden Boulevard. He released his debut solo album Amplified in 1999 and followed this up in 2008 with The Renaissance. His third release, Kamaal/The Abstract, was recorded in 2002 but was shelved by his label Arista as they didn't believe it had commercial appeal, but it was eventually released on CD in 2009.
The Q in his name stands for Queens, and it is also said to be a name that represents his ability to get into one’s ears.
Early career:
Q-Tip's first appearance on record was on the Jungle Brothers' Straight Out the Jungle in 1988. Besides performing with his popular and successful jazz-influenced hip hop group, Tip also did production work (under his production alias "the Abstract" or often — along with fellow Tribe member Ali Shaheed Muhammad and the late Slum Village member Jay Dee — as part of The Ummah) for artists such as Nas ("One Love," from Illmatic, 1994), Mobb Deep (co-producer on "Give up the Goods (Just Step)," "Temperature's Rising," and "Drink Away the Pain," from The Infamous, 1995) and even R&B divas Mariah Carey ("Honey," from Butterfly, 1997) and Whitney Houston ("Fine," from Greatest Hits).
Solo career:
A Tribe Called Quest disbanded in 1998, after which Q-Tip pursued a solo career. His first solo singles, "Vivrant Thing" and "Breathe & Stop," were far more pop-oriented than anything he had done in A Tribe Called Quest, as was his solo debut LP for Arista Records, Amplified. His 2002 follow-up, Kamaal the Abstract, although critically acclaimed and issued a catalog number, was never released because the label believed that it did not have commercial appeal. His next album, The Renaissance, was released November 2008.
A Tribe Called Quest reunited in 2006 and played a limited number of dates. The group was composed of its original lineup, including Tip and occasional member Jarobi White. Early the next year, Tip signed a new solo deal with Motown/Universal Records.
As of late, Q-Tip has been very active, once again happily reunited with the full line-up of A Tribe Called Quest on the 2K7 NBA Bounce Tour and regaining control of his previously label-owned MySpace page. He has filled the page up with demos and rarities, (some of them from Kamaal the Abstract), and has announced he is negotiating for the ownership of the masters of earlier material from his previous labels and plans to release them independently. Currently, he resides in Englewood Cliffs, New Jersey.
Q-Tip has recently stated that he will be forming a hip hop group with fellow rapper Common, called "The Standard."