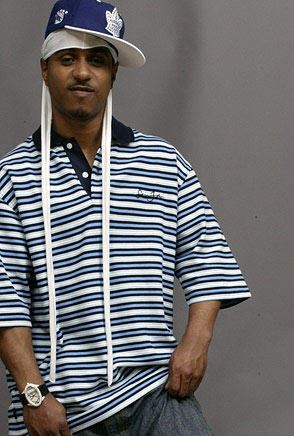 There are several artists that use the name Prospect
1. A five piece modern metalcore band from the Netherlands known as PROS\PECT. The band formed in 2014 and released their debut single 'I AM' on the 20th of March 2015 via BeheadingTheTraitor. PROS\PECT blends aggressive and brutal riffing with hard hitting, complex down dropped breakdowns. Grave, low-pitched and rough grunts make the modern metalcore vibe complete. With musical influences of bands like Whitechapel, All Shall Perish, I The Breather and Architects, PROS\PECT is ready to set a high standard of extremely energetic and tensely performed live shows.
https://www.youtube.com/watch?v=c2m67bO1L-4
FACEBOOK:
https://www.facebook.com/prospectmetal?fref=ts
2. A rapper from New York & former member of the group Terror Squad
3. An electro punk rock band from Brooklyn, New York.
Prospect was founded in Boca Raton, Florida by Venezuelan immigrant Jonathan Flugel who is the only consistent member.
As producer, singer, songwriter, and instrumentalist, Flugel has remained solely responsible for the musical direction of the band. Most of the instrumentation on Prospect's records are handled by Flugel, with the occasional guest musician.
4. A Slovenian progressive metal band from Ljubljana founded in 1991. Their influences include Queensrÿche, Fates Warning, Dream Theater and Iron Maiden. To be directed at the international market, the band writes all their lyrics in English.
The band was founded in 1999 when their first album, #1 was released. The album was warmly accepted among local heavy metal fans and also abroad. In 2002, their second album, Moments, was released and Simon Jovanovič left the band and started his own project, Unspoken. After a long time of searching, Robi Grdič replaced him as vocalist. At some of their concerts, they were an opening band of Paul Di'Anno (former Iron Maiden member) during his tour in Ljubljana and Zagreb in 2001. For most of October 2003, they participated at The Bonded by Metal tour across Europe with bands such as Exodus, Agent Steel, Mortitian and Nuclear Assault. In 2005, they supported the band Queensrÿche during the Austrian part of their tour. Their new album, My Number, was released in 2008.
Band members
Roman Fileš − guitar
Dejan Pakiz − keyboards
Robi Grdic − vocals
Urban Medic − bass guitar
Peter Mlinar − drums
5. A five piece post hardcore outfit from Bridport, Dorset. The band began in 2000 and officially split up in the early months of 2005. They were a group of youngsters influenced equally by abrasive punk and metal as they were the more melodic and mainstream post hardcore genre which has recently emerged and started to threaten to become mass market.
Only 1 EP was recorded and although never officially released, circulates amongst the small minority that were exposed to the band in the UK.
Members went on to play in Secondsmile, Sparks, Lights & Flames, Capital Girls and Capital Pearls and more.
6. A New Jersey Hardcore band founded in 2012. A 4 piece effort taking influence from bands such as Reign Supreme, Blacklisted, Have Heart, and Guns Up!. They released a debut EP in 2015 titled "Headhunter". Members are Sean Kenny, Mike Kane, Bryan Perez, and Cole Liguori