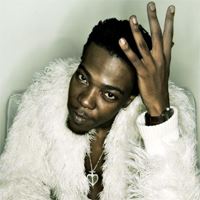 Peven grew up listening to Gospel, Jazz, Soul, and African rhythms, which greatly shaped his musical style. Peven Everett, was born and raised in Harvey, IL and has three siblings. Peven's career began at the age of 3. He remembers playing the bongos and using a phone book to reach the piano keys in order to play. The first song he ever played on drums was "Mister Magic" by Grover Washington Jr. when he was 4. Peven comes from a very musical family - all singers.
By the time he was 10, he learned to play drums, guitar, bass, flute, piano, trombone, and trumpet. Thanks to an ex-vet turned music teacher in middle-school, John Weber, Peven got the chance to develop his talent. At 17, he moved to New York where he got his first job at Carnegie Hall. Betty Carter recognized his talent and for the next 4 years she continued to work with him. He then went on to perform on the road with the likes of Wynton and Branford Marsalis (Buckshot LeFonque) in the mid 90s. In 1996, left New York for his hometown. Since then, he has been working on music non-stop.
His catalog includes the now classic house songs "Gabrielle" and "Watch them Come" which helped usher in the UK Garage movement. He writes, creates, produces, and arranges all his music - something not too many artists can claim. He cites Sidney Poitier, Miles Davis, Michael Jordan, and John Lennon as some of his inspirations and influences.
Peven's debut album release, "Studio Confessions"is an intimate look at his life and the issues within life and life in the industry. His sound is best described as organic, melodic, and of course, full of soul - a fusion of African and Latin rhythms, hip hop, funk, and a touch of jazz
Everett is constantly making new music to spread truth and love to the masses. He has far more titles that the mainstream simply can't keep up with. He sells all of his new work at Http://peven everett.tradebit.com He has 18 titles available there with much more to come.
For a commercial list of his releases, refer to Peven Everett on discogs.com
WWW.myspace.com/studioconfession
http://peveneverett.tradebit.com
for his own releases on mp3
(2) Peven Everett is an underexposed artist of many talents whose work alternately covers the territories of house, R&B, jazz, and hip-hop. Everett, who was born in Harvey, IL, received a scholarship to Berklee College of Music at the age of 17. However, he ended up leaving to perform live with the likes of Betty Carter, Branford Marsalis, and Winton Marsalis. Since then, the multi-instrumentalist has played trumpet on a handful jazz recordings (including Curtis Lundy's Against All Odds) and has become a prominent figure in Chicago's house and R&B communities. He collaborated with Roy Davis Jr. on the U.K. garage smash "Gabrielle" as well as the almost as brilliant "Watch Them Come" (as Men from the Nile).
Though he had a number of 12" solo releases prior to 2002, that year was an extremely prolific one for Everett as an artist; in addition to releasing one of the most loved deep house records of the year with I Can't Believe I Loved Her, Everett issued another excellent 12" (Soul Tempura), as well as a pair of soul-driven albums on his Studio Confession label (Speed of Light and Kissing Game). A third Everett solo album was later released by Oakland's ABB label. ~ Andy Kellman, Rovi