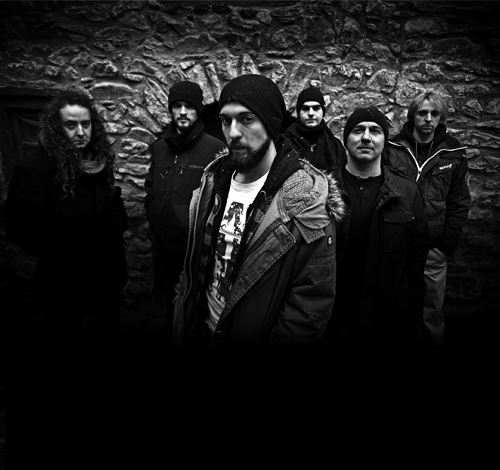 Hailing from Andorra la Vella, Andorra, we now bring you one of the most exciting new acts on the ever-growing metal scene; Persefone.
The band was formed in 2003 and after just a year, the first album, "Truth Inside the Shades", was recorded. Carlos Lozano (Guitar and vocals), Miguel Espinosa (Keyboards and vocals), Jordi Gorgues (guitar) and Toni Mestre (bass) parting from Death metal, through progressive passages and even acoustics, demonstrated to have a great musicality. Bands like Opeth, Borknagar, Arcturus, Symphony X or Cacophony are all a reference for this album.
Teaming up with Danish-based Intromental Management, the CD was released in 2004 in Russia/Baltic States by CD-Maximum, Japan by Soundholic and the rest of the world by Adipocere. The album was soon distributed and great feedback was received from the press. Persefone created their own little niche, through the original, complex, melodic and at times even aggressive metal that floated out of the speakers!
After the release, the band played a lot of local shows and began working on the second CD, "Core", with two new members in the band: Aleix Dorca as drummer/producer and Marc Martins as vocalist. "Core" is an intense crusade in which the band relates Persephone's story, the Greek goddess from the Underworld. A concept tribute divided on three epic passages where the band defies "Truth Inside the Shades". The music of Persefone has reached a new level of complexity, originality, virtuosity, melody and aggressiveness. Mixed and produced by Aleix Dorca and mastered in Sweden by Peter in de Betou (engineer of top bands like Dimmu Borgir, Enslaved, Dark Tranquility and Katatonia), "Core" shows a new, huge and modern sound.
The fantastic cover art was conceived by Danish artist extraordinaire Annika von Holdt. She created a great ambience of beauty that goes well along with the music.
"Core" was released in 2006 on Soundholic in Asia, and in the rest of the world by Greek label Burning Star Records in spring 2007.
After several shows in Europe, the band started composing a new album. This time, they decided to go on Japanese samurais, but focusing on their philosophy and way of living, more than the warriory side. After four months composing and recording the album, in an epic schedule odyssey, the band went to Denmark to mix the album with Tommy Hansen (Helloween, Pretty Maids...) who did an awesome job in the production of the album! Finally, "Shin-ken" was released in Europe through Kolony Records and the rest of the world through Core Music Records.
On March 2010, the band went on tour for the first time in Europe with Obituary. The tour involved 9 countries and 16 shows in 18 days. As a result, Donald Tardy, legendary Obituary drummer said "They are a kick-ass band that has a great future ahead of them and I am looking forward to hearing new material."The band visited also Hungary Metal Fest sharing stage with Amon Amarth, Lamb of God, and Dong Open Air 2010!
Right now, all band efforts are focused on preparing the forth album for 2012!! More news to arrive!
Persefone is simply put innovative music for the open-minded listener.