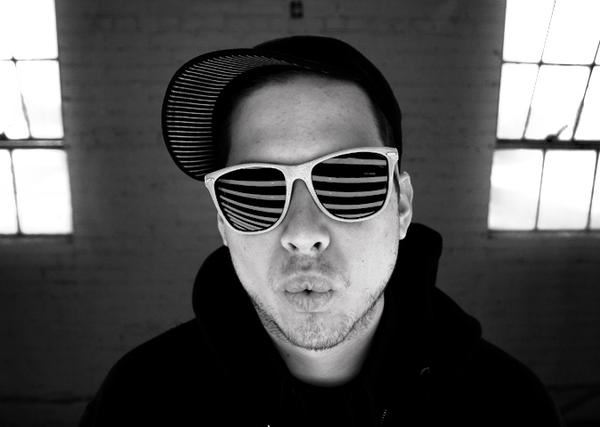 Paper Tiger is a name shared by 8 different bands/artists:
1) Paper Tiger is an American DJ/producer.
2) Paper Tiger is a Dutch indie rock/pop/folk band.
3) Paper Tiger is a Swedish artist.
4) Paper Tiger is an English musical collective.
5) Paper Tiger was an American band from Tennessee.
6) Paper Tiger was a band formed by Nicole Berke.
7) Paper Tiger was an Indie-pop duo from 2002-08.
8) Paper Tiger is/was an Australian alternative folk/rock group.
9) Paper Tiger is a downtempo trip-hop group from Asheville, NC.
10) Paper Tiger is an alternative/punk band from Pahoa, Hawai'i.
1) Paper Tiger is Doomtree’s live DJ, our resident graphic designer, and one of our esteemed producers. Paper grew up with music at home, as the son of Minneapolis rocker Johnny Rey. As a teenager, Paper was friend to P.O.S., Cecil Otter, Mike Mictlan and MK Larada. After high school, the four lived in the now [in]famous Doomtree House—a den of creativity, beer cans, stencils, trash, and neighborhood concern. As a producer, Paper Tiger’s style reveals his varied tastes. Listen for the influences of mid-school rap, electronic music, his friends. His snares snap, and his samples are distinguished by unusual textures and treatments. The music he makes ranges from the beautiful lamentations like Canonade (from his False Hopes release) to club-fire bangers like Game Over with Mike Mictlan, or Low light / Low Life off Never Better by P.O.S. His 7-inch, Cloquet, was released at Blowout 5. His first full length album "Made Like Us" is slotted for a 2010 release.
2) Paper Tiger from Utrecht, the Netherlands, who released their debut album 'Everyone Here' in 2007. A singer songwriter/indie band that mixes folk and pop with rock.
3) In 2004 the Swedish artist Paper Tiger released his debut album, Underneath it all. It received tremendous good reviews in Scandinavia and the second album is on its way.
4) Paper Tiger has existed in one form or another since roughly 2002; it began as a distraction from the tedium of living in Wolverhampton. Without us having a specific direction in mind (and after a few hastily-arranged live appearances around the Midlands), it has evolved into an album's worth of music with the organic sensibilities of funk, jazz and afro-beat, and the production values of modern hip-hop, broken-beat and dub. Built around the core of bassist Jim Cooper, producer/guitarist Pedro y el Lobo, saxophonist Greg Surmacz, and turntablist/artist DJ Vital (also featuring a revolving cast of guest vocalists and musicians), the album is called Origami Sounds - you can buy it from this site on CD/mp3, as well as in selected independent record shops. See the releases section for more information. Because of the organic, constantly shifting nature of the Paper Tiger setup (although we're working on a getting a full live show together as well as a DJ set), all of its members are involved with other bands and projects. So as well as Paper Tiger, the Origami Sounds Collective is home to 9-piece dub collective the Gentleman's Dub Club, the beats and artwork of DJ Vital, the progressive improvised music of Czar Muggers, producers Fantastic Mr Fox, Barney Rumble, and all manner of forward-thinking, innovative music. We hope that the Origami Sounds name will eventually become synonymous with high-quality music- not as a label as such, more a loosely-defined collective of like-minded individuals.
5) Paper Tiger came out of Clarksville, TN. They are no longer together, but For All You Slowdancers, The Horror Vacuui and Busted Lips and Kisses are a part of their album, "Dancing In The Graveyard" which came out in 2003.
6) Paper Tiger based in the northeast United States recorded an album, "The Beauty of Nothing," and an E.P. for "Time" in 2002. The two members, Peter Johannessen (songwriting/instrumentation) and Nicole Berke (vocals) have since moved on to solo pursuits.
7) Paper Tiger was a Montreal indie-pop duo which were together from 2002-2008. Their album Mt.Royal can be found on here.
8) Paper Tiger is/was (?) an alternative folk/rock group from Adelaide, South Australia.
9) Paper Tiger is a downtempo trip-hop group from Asheville, NC, started by Molly Kummerle and Isaac Gottfried.
10) Paper Tiger is an alternative/punk band from Pahoa, Hawai'i. Started as a project for a local battle of the bands, the band has grown and played several shows around the island of Hawai'i.