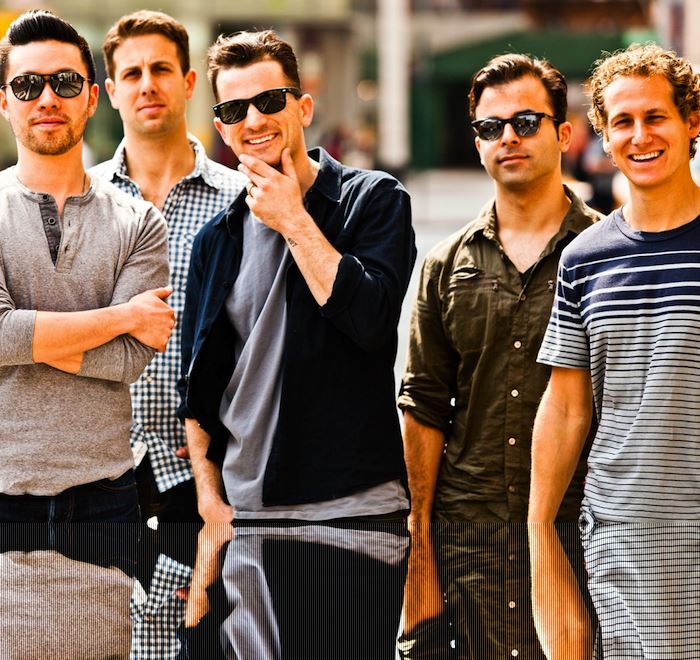 O.A.R. (Of A Revolution) is an alternative rock band which formed in Rockville, Maryland, United States in 1996. The band consists of Marc Roberge (vocals, guitar), Chris Culos (drums, percussion), Richard On (guitar, backing vocals), Benj Gershman (bass), and Jerry DePizzo (saxophone, guitar, backing vocals). The band has released seven albums: "The Wanderer" (1997), Soul's Aflame (2000), "Risen" (2001), "In Between Now and Then" (2003), "Stories of a Stranger" (2005), "All Sides" (2008), and King (2011).
After gaining a following as a popular live act on college campuses, the band has gained popular success since signing to Lava Records in 2005, with their singles "Love and Memories" and "Shattered (Turn the Car Around)" gaining mainstream radio airplay. Speaking with Songfacts in an interview, Roberge explained "Love and Memories" was inspired by the Jim Carrey and Kate Winslet movie, The Eternal Sunshine of the Spotless Mind.
The members of O.A.R. first came together in Rockville, Maryland in the basement of drummer Chris Culos' childhood home in 1996. As a young group of musicians, they were the prototype of the modern, self-starting band--taking charge of their fate by working the internet and building an identifiable sound. The band’s music, a rock/reggae fusion, consisted of songs that were fully accessible, yet teasingly elusive. Attracting fans all across the country, the band members toured relentlessly, pushing their album sales through boundless dedication and word-of-mouth appeal, never waiting for the industry to catch up. O.A.R. owes much of their success to piracy and Napster, the mp3 sharing engine. Around 2000, O.A.R.'s popularity greatly increased among college students because their song "Crazy Game of Poker" was a huge hit on Napster.
By the time the band had reached their 10 year anniversary together, they had sold over 1.2 million albums and performed in front of over 1 million people. Their studio record, Stories of a Stranger, produced radio favorites “Love and Memories” and “Heard the World” as well as mtvU’s Most Downloaded Video of 2006, “Lay Down.” The band followed up the successful release with a live double disc CD and DVD set, Live From Madison Square Garden, recorded during the band’s second sold-out performance at the prestigious arena.
Early in 2008, the band members holed themselves up in a studio in Los Angeles to work on their next project, All Sides. The album was released on July 15th.
The Heaven Songfacts reports that the first single from O.A.R.'s seventh studio album, King was released on June 7, 2011 on Wind-Up Records.
. For more information about O.A.R., go to www.ofarevolution.com.