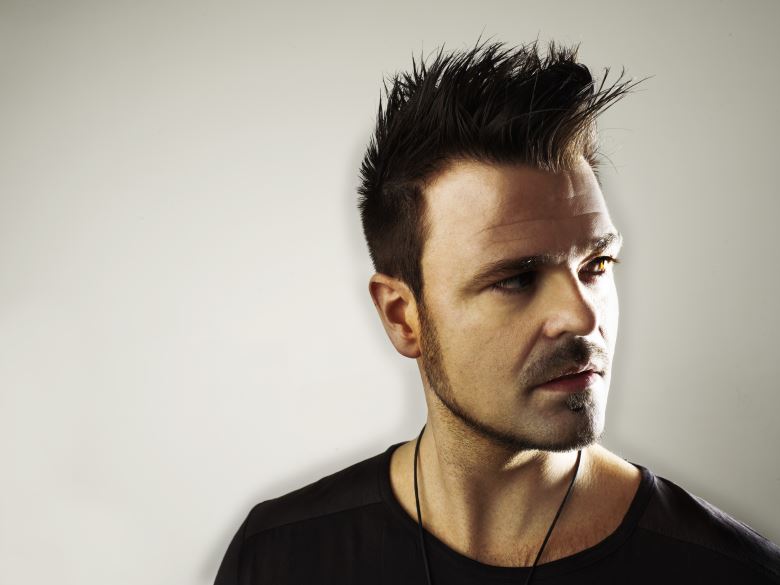 Noir is at least 12 different artists, amongst which:
1) An electronic/industrial project led by Fahrenheit 451, Spahn Ranch, and Black Tape For A Blue Girl vocalist Athan Maroulis . Debut album Darkly Near appeared in 2013.
2) Noir was an early 1970s "all-black" British progressive rock band who only released one album, We Had To Let You Have It, in 1971. The band members were:
Tony Cole - keyboards
Barry Ford - drums & vocals
Gordon Hunte - guitar & vocals
Roy Williams - bass
3) Whether he is travelling the world DJing at some of the finest parties on the planet, or producing tracks that gain support from the cream of the world’s dj elite, Noir (a.k.a. René Kristensen) remains one of the industry’s most respected and hard working individuals.
With over 10 years experience under his belt, Noir gave up his daytime job at the end of 2003 to focus on his dj and production career and hasn’t looked back since. After spending most of 2004 concentrating on perfecting his sound, Noir got his international debut in 2005 and has since had release on labels such as Toolroom, Neurotraxx Deluxe, BluFIn, Global Underground, Parquet Recordings, Monique Musique and of course his own well-respected imprint Noir Music.
Support for his innovative sound was unprecedented with Dubfire, Carl Cox, Luciano,
Pete Tong, Mark Knight, Nic Fanciulli and Roger Sanchez amongst the major supporters for his productions from day one. Today Noir has won awards for both his production and his dj’ing skills and the creative mastermind continues to evolve and improve his talents.
Website: http://www.noir-music.com/
Soundcloud: http://soundcloud.com/noir
4) NOIR was formed somewhere at the end of 2006 by Giel Bils, making experimental doom and unconventional anarchy. Now it’s a two men project, together with Tim Marsoul. Most of the time they are joined by Pol Vanlaer, and from time to time other people join in, making records and bringing live performances.
http://www.myspace.com/noirnoirnoir
5) In 2005, in an old, dilapidated farmhouse in Groningen, Holland, the foundations of Noir came to be. With a mix of rock, metal and post-rock Noir creates a genre they call modern progressive rock/metal. “Under Different Angles”, their first EP, was released in 2007, followed by “A Glimpse of Perfection” in 2008, both very well received. The DVD “Noir Live@Vera” was also released in 2008.
The fall of the Berlin Wall, a notable symbol of freedom, inspired the band members in 2009 to begin “The Berlin Wall of Sound” project. On 9th November 2009 Noir left for Berlin together with 170 guitarists and bassists from the Netherlands, Germany and other countries. In the so-called “death strip”, where the Wall used to stand, Noir and a wall of musicians stretching for more than 200m together created a memorial in sound as a counterpart to a memorial in silence. The 3-fold piece written for the project symbolises the creation, standing and fall of the Wall.
Currently Noir is working on material for a full-length album. Following various tours in the Netherlands and abroad, winning prizes such as the “Groninger Popprijs ‘07” and appearances at Eurosonic ’08, Eurosonic/Altersonic ’09 and Eurosonic/Grunnsonic ‘10, this album is due to be released in 2010.
Members
* Nikky Sriamin, vocals
* Frank de Boer, bass
* Douwe Dijkstra, guitar
* Sven Jurgens, drums
Former members
* Martin Lok, guitar
* Mark Gerlsma, drums
Highlights
* Initiating and performing “The Berlin Wall of Sound” with 170 guitarists and bassists in Berlin.
* National Liberation-festival Groningen 2010
* Performance @ Eurosonic ‘08
* Performance @ Eurosonic/Altersonic ‘09
* Performance @ Eurosonic/Grunnsonic ‘10
* EP-presentation @ Vera Groningen.
* Winner “Groninger Popprijs” ‘07
http://www.noirband.com
http://noir.bandcamp.com
6. A band from Melbourne Australia 2008 to present https://www.facebook.com/BandNoir?ref=br_rs