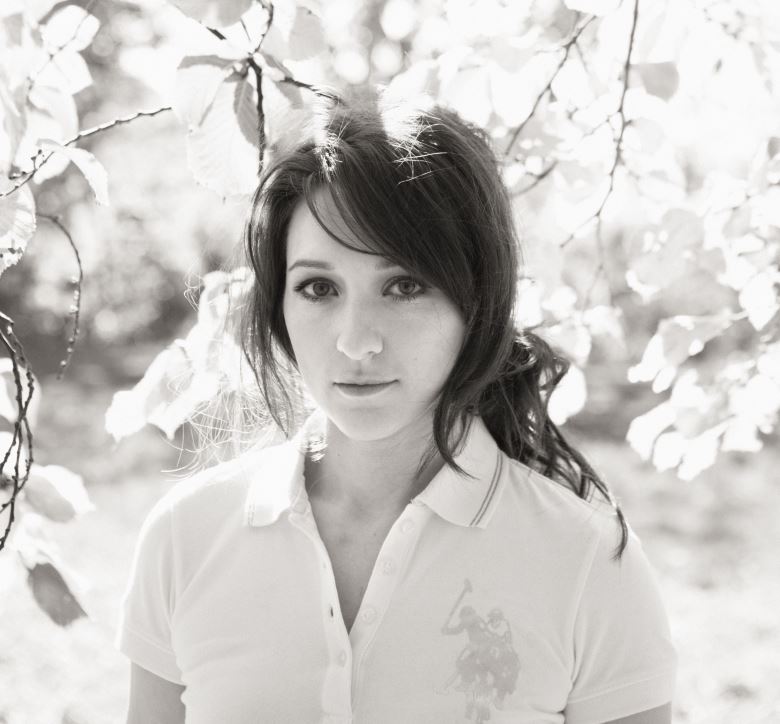 My Brightest Diamond is a chamber pop band led by singer-songwriter Shara Worden, which was formed in New York City, NY, USA (2006). Their latest album is This Is My Hand (Sep 2014).
Worden is the granddaughter of an epiphone-playing traveling evangelist; her father was a National Accordion Champion and her mother a classical organist. Having a family of wanderers who migrated across the U.S. every few years, the landscape and the musical influences were constantly changing: Spanish tangos, Sunday morning gospel, classical and jazz were the accompaniment to her home life. Her first song was recorded when she was three years old, and by the age of eight she was studying piano and performing in community musical productions.
As a teenager in Michigan, Shara honed her musical prowess singing along to Whitney Houston music videos and Mariah Carey albums. When pop music wasn't enough, she enrolled in the music program at the University of North Texas, immersing herself in the songs of Henry Purcell and Claude Debussy. After college, she moved to New York City and fell in love with its cold winters and busy streets. She continued to study opera on the Upper West Side during the day, but at night she frequented downtown clubs such as Tonic, Knitting Factory, and The Living Room, catching performances by Antony and the Johnsons, Nina Nastasia, and Rebecca Moore. She began to spend less time sight-reading Mozart and more time de-tuning her Gibson electric guitar to play her own newly-written songs. Coaxed out of recital halls and onto the small stages of bars and clubs, Shara assembled a coterie of musicians to accompany her with bass and drums, music boxes, wine glasses, and wind chimes. She released two full albums in 2001 (AwRY and Quiet B Sides) as well as a remix album with her band entitled AwRY.
In performance she showed unusual versatility, channeling the vocal theatrics of Kate Bush, the soulful seductiveness of Nina Simone and the gothic pop of Portishead. Her infatuation with theater and costumes inspired her to wear superhero capes, ball gowns, or Tudor corsets on stage, depending on her mood. Her deeply personal songs transcended the histrionics of opera; Shara was at last singing about what was closest to her heart. She began to see her own music as the most precious gift she could give to the world - as reflected in her namesake, "My Brightest Diamond".
Of course, opera never really left her, and Shara's performance blurred the lines between rock show and recital, setting baroque love songs alongside French carols and Prince covers. Her vocal lines reached for Puccini, but her guitar was pure PJ Harvey. The center of gravity here was the workmanship of a woman whose imagination had no limits. To sharpen her skills, Shara studied composition with Australian composer Padma Newsome (of Clogs) and began to incorporate a string quartet in her live show. The influences of Nat King Cole and Henry Mancini rounded out the edges. A few years later, she met Sufjan Stevens at The Medicine Show, a variety show hosted by New York City's incendiary poet, Sage, at Arlene's Grocery. This, in turn, led to a yearlong sabbatical from her work, doing splits and round-offs (not to mention the human pyramid) as one of the notorious Illinoisemakers. Shara was quickly promoted as cheerleading captain.
All of this led to an impressive resume, but My Brightest Diamond still had no album to show for it. So in 2004, she began work on two records: one featuring songs accompanied by a string quartet titled "A Thousand Shark's Teeth", and a more standard rock album featuring a full band (featuring Earl Harvin on drums, Chris Bruce on bass, and, on one song, her father Keith on accordion) titled "Bring Me The Workhorse", released to critical acclaim in August 2006 on Asthmatic Kitty Records.
Her songs distil stories to their most distressing points of contact: a phone call, an injured horse, a dragonfly caught in a spider's web. She doesn't share all the information - just the stuff that matters. The effect is a sensational compression of time, in which an entire event is summarized in a single note. This, of course, is the essence of opera. But My Brightest Diamond is much more than that. There is also the humor one might find in an old TV episode of Wonder Woman or Lewis Carroll's Alice in Wonderland. Shara's songs reconcile all the complex emotions found in each of us: she can grieve as comfortably as she can laugh, sometimes in the same breath.
Sites: BandCamp