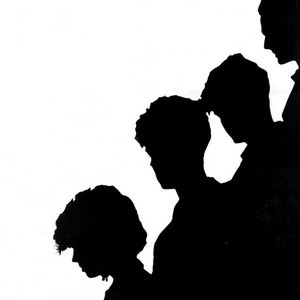 (For the 60s English band, see The Move.)
There is more than one artist under this name:
1. Move were an Italian cold wave band of the 80s. Their first self-titled LP, Move, was released by A&D in 1986. Just a year later, the same label released their second and last record, a split 12'' with Gronge.
2. move (currently known as m.o.v.e) is a 3-member Japanese musical group. The group consists of yuri (益田祐里, Masuda Yuri, vocalist), motsu (瀬川素公, Segawa Mototaka, rapper) and t-kimura (木村貴志, Kimura Takashi, producer).
In 1996, after the break up of t-kimura's previous project Favorite Blue, he formed the band move and, by 1997, they released their first single ROCK IT DOWN. They however truly achieved fame when their followup single, around the world, was used as the opening theme for the anime Initial D (頭文字D). In 2005, the group changed their name by adding abbreviation marks between letters and are currently still signed with the avex tune recording label.
On December 2, 2008, t-kimura stated on m.o.v.e’s official web site that he would focus more on production, and less on performing. On April 10, 2009, m.o.v.e performed with DJ T-Tashiro during an anime convention, Kamikazecon II, in Houston, Texas; the group anounced that t-kimura would no longer perform on-stage.
In November 2009, it was anounced that yuri was pregnant and would be getting married, thus taking a hiatus from the band for onstage performances. While m.o.v.e recorded two new albums in 2010, Dream Again and anim.o.v.e 02, the band didn't show any other activity (though motsu made guest appearances in many shows, lives and musical collaborations) until yuri went back on stage on October 2010.
move is perhaps best known for the unique style with which they blend rock, rap, electronica, metal and many other genres into their music. move are also well-known for their many contributions as opening and ending theme to the Initial D (頭文字D) series. These include around the world, Rage your dream, BREAK IN2 THE NITE, Blazin' Beat, Gamble Rumble, DOGFIGHT and Noizy Tribe. The also provided the opening theme for the anime series Ikkitousen (一騎当千) with their song Drivin' Through the Night as well as the ending theme for the anime Final Fantasy Unlimited, Romancing Train, and the ending credits for KOEI's Dynasty Warriors 2 (真・三國無双, Shin Sangokumusou), Can't Quit This!!!! ～KNOCK'EM OUT～ (SH FUNK MIX).