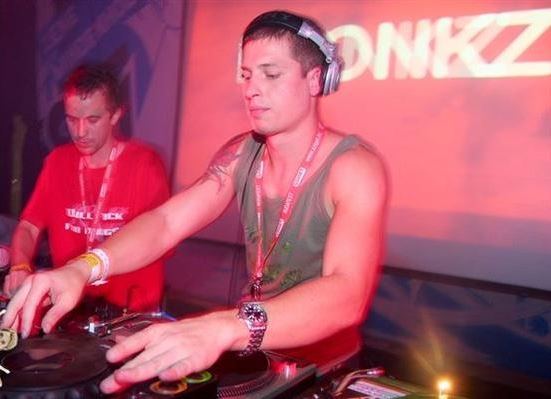 MONKZ starts as a DJ and producer trio on the January of 2002. The three original members (Shootie, Supacurtis and G.u.l.u.) have different musical history and influences. Meanwhile Gulu has left the Monkz in 2004.
When the three „monk” became one as „Monkz”, „Flower” a beautiful female singer joined to them in may of 2002, and helps created the song with her superb voice, call „By Your Side”.
„By Your Side” was the first track released from them, on the famous „Pacha Winter Session” double mix CD, released in december of 2002.
They also has a DJ residents position at the club Pacha Budapest.
They music played by all the top jocks such as John Digweed, Sasha, Pete Tong, Danny Tenaglia, Hernan Cattaneo, Deep Dish, Dave Seaman, Stewe Lawler, Nick Warren, Moshic , Red Jerry, Jo Mills, Rui da Silva, Paul Jackson, Justin Garrett, Satoshi Tomiie, Lee Burridge, Wally Lopez.
From the november of 2002, they became the member of the „Pacha Futura” dj association, and starts to play overseas like Miami… @Opium on the 30th birhtday of Pacha Ibiza, played alongside Satoshi, Pete Tong, Wally Lopez.
In the hot summer, they played two hot gigs at the „famoso” Club Pacha Ibiza, one in july and in august. Played with Bob Sinclair, Claudio Coccoluto.
On the spring of 2003 the well known english prog label, Plastic Fantastic signed them for three 12” single.
First release „Canga Urania” in november really hit the „bong” and the DJ charts as well. Position on the „Balance Chart” in the US, for four weeks, highest was the second position. Support from DJs such as Satoshi, John Digweed, Chris Fortier, Danny Tenaglia.
November of 2003, the „old” classic song of the band, „Nu Bluez” finally landed on Sander Kleinenberg’s Renaissance CD, call „Everybody. Also this track with different mixes gonna come out on Alternative Route Recordings in march of 2004.
Also the Renaissance production signed one of their track call „Slow Talking” for Dave Seaman’s next CD, released on march of 2004.
Second single ”Bass ’n Shit and Soapless soap” on Plastic Fantastic debut in January of 2004, Ministry of Sound website says „Record of the week”. The third single, Zakka & Nekke released on Plastic Fantastic in summer of 2004. Position on the Balance Chart in the US for six weeks, highest was the 2nd position. They had released the first mini album with 4 tracks on Lowriders Recordings in 2005, called "Goggles Ep". Included Goggles, I want to see the Sun, Nasty, This is our Land. The "Goggles" was included on DJ19's "Addictive Asia Gate2" mixed CD. And the Monkz will goes forever, watch this space ...