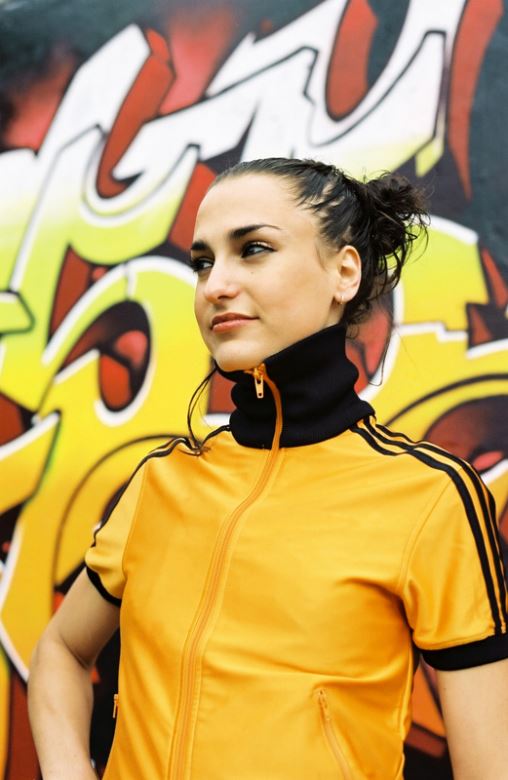 MiSSiLL is a pseudonym of Paris, France DJ / graphic designer / graffiti writer / producer Emilie Talieu. Her recording début was with the track Missill & PM feat Dynamite MC's "Forward" (2007, Discograph) and her latest is the album "Kawaii" (Feb 2011, Atmospheriques).
Missill, “the urban punk”, is here to destroy all those readymade ideas you might have about DJing.Her style was described in the UK’s M8 Magazine as a “sense-shredding orgy of hiphop, grime, ragga, dancehall, breaks and electro”. Her passion for all things hip hop (she is a jack of all trades dabbling in graffiti, graphic designs, production, her own clothes designs and the list goes on) translated through her fingertips and energy fuels to an ever mesmerised crowd. Having burst onto the global scene with her amazing performances and the release of her debut mix-compilation, ’Mash Up’ (released by Discograph) featuring 24 tracks in under an hour of party-kicking mayhem.
"The French dance scene is undergoing a transformation thanks, in part, to the one and only DJ Missill …one of the best young artists to come out of Europe…could propel the Parisian dance scene to that of a recognised force." (Tranzfusion, Australia, October 06)
Missill spent the last years playing at every major French festival, and countless European festivals alongside the likes of Horace Andy, Coldcut, Laurent Garnier, RZA, Afrika Bambaataa, Supergrass, DJ Premier, Carl Craig, Gang of Four and many others. Her sound is so versatile that she can fit happily between all types of acts and it is this versatility that saw her entertaining crowds of up to 15,000 in 2005 and 2006 and playing in some of the biggest European clubs, festivals and doing tours all over the world (in over 25 countries across the 5 continents) where she has really made her mark thanks to her innovative and dynamic style. The sounds she uses are fresh, the mixes are original and beware, her boundless energy is contagious.
Missill’s sound is like no other! She describes it as, “ bootlegs , hip-hop, breaks, electro, grime, dancehall, funk, rock, ragga, baile funk, booty bass & more”, ’Mash Up’ is a collaboration of highly-energized beats and bootlegs depicting Missill’s unique and captivating style. She makes full use of her skills and the open minded sound of ’little miss magic fingers’ makes concessions to no-one.
Missill has created her own ultra-dynamic style, which also includes doing her own artwork for her CDs, website and flyers for her shows and festivals as well as designs for album covers, videos and has also decorated clubs in France, Moscow and Turkey with her designs. This borderless philosophy on life is evident in her music and style.
Guaranteed to rock every party, make sure you don’t miss out on the new French phenomenon. With such strong drive, ambitions, energy and obvious talent, the world will certainly be hearing more of this young French mix-tress.
Sites: Discogs and Twitter