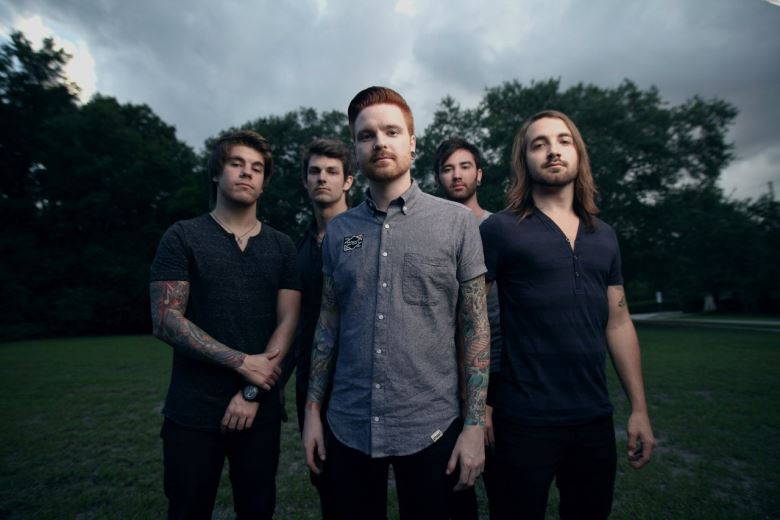 There are two artists that have used the name Memphis May Fire:
1) A rock band from Dallas, Texas.
2) A heavy metal band from Baltimore, Maryland.
Memphis May Fire is an American metalcore band currently based in Dallas, Texas. Since its formation, the band has released two EPs and four full-length albums, the latest being Unconditional which was released March 2014. Their music has been compared to Underoath and He Is Legend. The band formed in December 2006, but it was not until February 2007 that the group decided on the name Memphis May Fire having previously gone by O Captain, My Captain!
In early 2007, the band recorded and self-released an EP, and began creating a local following. Shortly thereafter, Memphis May Fire caught the attention of Josh Grabelle, the president of Trustkill Records. In September 2007 the band had officially signed to Trustkill, and their self-titled EP (Memphis May Fire)was reissued through the label in December 2007.
Memphis May Fire hoped to release their debut album by summer 2008, however, during the recording sessions for the album, lead singer Chase Ryan decided to leave the band. Chase explained that he felt that his priorities should be with his new born child, and not a band. Upon announcing his resignation, bass player Austin Radford also decided to part ways with the band shortly thereafter. He would be replaced by Cory Elder. Open auditions were held shortly after Chase's departure, and he was eventually replaced by a new vocalist, Matty Mullins. By this time, Memphis May Fire had already recorded their instruments for the new album with producer Casey Bates and only needed Mullins to contribute his vocals.
Their debut full-length studio album, Sleepwalking, was released on July 21, 2009 through Trustkill Records. Memphis May Fire has described the album as "a new breed of rock n' roll" and musically it has "more aggressive guitar work and noticeably more melodic, but still retains that southern swagger." Their song "Ghost in the Mirror" was used on the soundtrack for the movie Saw VI.
The official music video for "Ghost in the Mirror" was released February 2nd, 2010 through the Trustkill YouTube page.
Memphis May Fire released a second EP entitled Between the Lies on November 2, 2010 through Bullet Tooth Records with more energy and a different style than their previous releases. On December 9, 2010 the band post in their Facebook that the song "Action/Adventure" will be featured in the video game Rock Band 3. In 2010, Matty Mullins was featured in the song "That's What She Said", from Kid Liberty's debut album Fight with Your Fists.
On January 17, 2011, Rise Records announced Memphis May Fire signed to the label and that a new album will be released in spring. The band recently wrapped up the recording of their upcoming full-length record at Chango Studios (Of Machines, I See Stars, Sleeping with Sirens, etc.) in Orlando, Florida.
On March 3, 2011, a full album teaser for their sophomore album The Hollow was released via Rise Records YouTube page, including its release date of April 26, 2011. On March 22, a full song from The Hollow, titled "The Sinner", was released to Rise Records YouTube page and on iTunes. On April 23, the entire album was released on the Rise Records YouTube page.
On September 15th, the video for the lead single from The Hollow, "The Sinner", directed by Thunder Down Country was released on YouTube.
On February 15th, 2012, a live music video recorded in Orlando Florida for the song titled "The Unfaithful" was released on their YouTube Page.
On February 11th it was announced by Kellen McGregor that the band will be working with Cameron Mizell shortly again, to record their third studio album, Challenger. The album was released June 26th, 2012 through Rise Records while the band is on Warped Tour. On April 11th around midnight, Ryan Bentley announced he has parted ways with the band in a tweet saying "I'm no longer in Memphis May Fire. Details later." On April 17th, the band announced that Anthony Sepe (ex-Decoder) would be replacing Ryan Bentley as their new guitarist:
"For those who may not know already, we recently decided to part ways with our guitarist, Ryan Bentley, and wish him nothing but the best. He's a talented individual and we have no doubt that he will be successful no matter where life leads him. With that said, we'd like all of you to give a warm welcome to our new guitarist Anthony Sepe."
On March 25th 2014, their album "Unconditional" was released through Rise Records.
Current members:
Cory Elder - Bass (Since 2008)
Jake Garland - Drums (Since 2010)
Kellen McGregor - Lead guitar, vocals, programming, piano (Since 2006)
Matty Mullins - Lead Vocals (Since 2008)
Anthony Sepe - Rhythm guitar (since 2012)